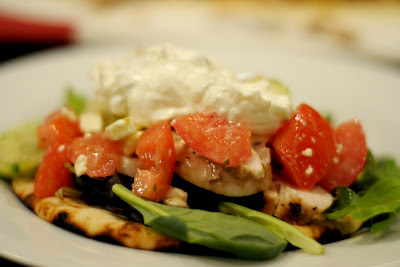 A freind of mine Heather, (who has a blog but is going to make it private so I won’t share) suggested that I share some recipes here…. Well what she didn’t say was that most of my best recipes come from her. (or Traci, or my Mom)…

I do have a few that are uniquely mine, so I thought I’d share a few.  I’m calling it a “not recipe” becuase it’s cooked from pre-made stuff, thus it’s NOT a recipe. I have lots of “not recipes”… I’ll have to share more of them with you. (most of them were born out of my desire to ONLY grocery shop at Costco, it’s too much work to go to 2 grocery stores).
The best thing about “not recipes”… they are fast, you can make them and get your family fed all in 15-30 mins.

A little background to this one: 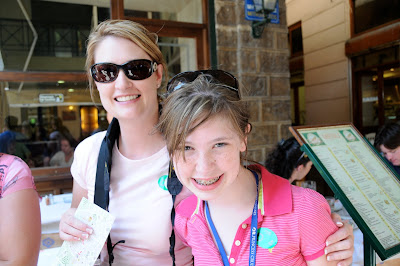 My daughter and I, after lunch. 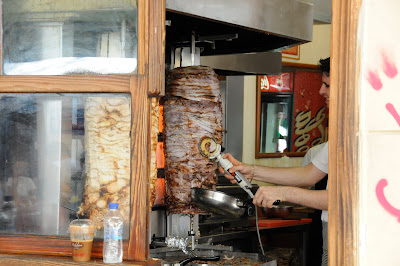 Two summers ago our family took a wonderful trip cruising the Mediterranean. While there, we visited Athens, and I was bound and determined to find myself some authentic Greek Souvlaki. With the help of Samantha Brown & our tour guide, we found it.  It was delicious, fresh, awesome flavor, one of the best meals I’ve ever had… seriously. *oh, on a side note, when we got there I tried to order the Pork Souvlaki, and the waiter told me “No, chicken lean for woman, pork for man.”  So I giggled and ordered the chicken, but stole some pork off my husbands plate.*

We left Greece (also stopped in Mykonos, had more souvlaki, oh and THE best crepes! but I digress this isn’t really a food blog) and I realized I was not likely to eat that food again. (you never know, but I have no immediate plans to go back to Athens).
We searched for good Greek food locally, and came up empty, we did find one place that is a Mediterranean restaurant and is a new favorite of ours. However, I wanted to be able to cook it at home.
Traditional Greek Souvlaki is cooked on a spit… well there’s no way I’m getting a spit, so I had to settle for my grill.
After about 15 attempts, this is my version…soooooo NOT like the one in Greece, but good enough flavors to satisfy a craving.
Plus my super duper picky kids eat it.. they all cheered when I told them what was for dinner.. go figure. 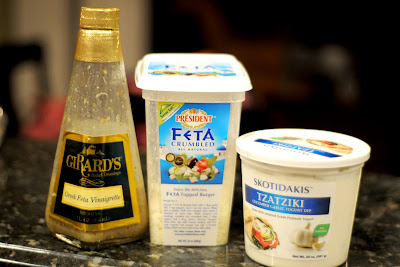 Mixed Greens
Pita bread. You can buy the kind in the deli at the grocery but if you want really good, go to Whole Foods (well at least that is where I can find it here) and buy Lavash bread. You can also make your own flatbread, I’ll post a “not recipe” for that one later. 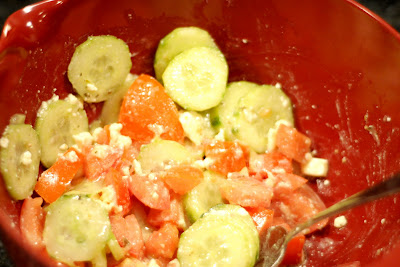 Put your chicken in a ziploc bag and pour about 1/2 the bottle of salad dressing over it. Let it marinate, the longer the better.
Chop up the tomatoes and the cucumbers. Place in a bowl, add feta cheese (just to your liking), kosher salt, and some of the salad dressing. (don’t ask me how much of each, I told you this was not a recipe *wink*). Let it sit for at least 10-15 mins (or while you cook the chicken) 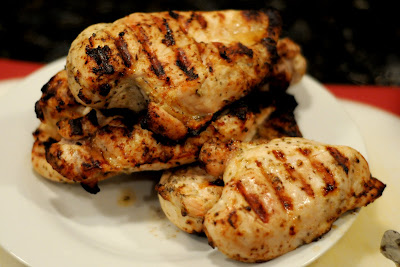 Grill the chicken, let it rest for about 5-10 min (or as long as you can fend off your starving children). 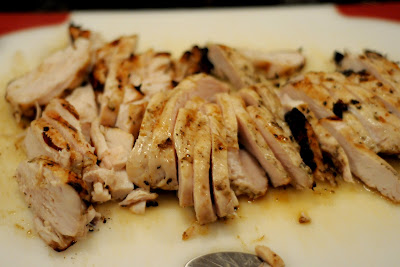 Heat up the pita either on your gas stovetop or in the microwave.

*also, if you are trying to cut down your carbs, these are just as good without the pita