If you’re new here Saturday Snapshots is a series of posts on this blog that are more personal in nature.  I tell stories, share photos and generally ramble on about the goings on around here.  This week I’m going to chat a bit about a few of our favorite things we did while visiting Charleston South Carolina. 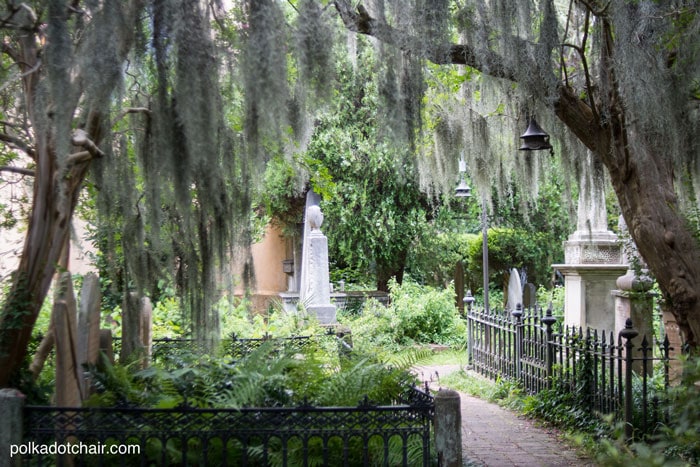 I guess I could subtitle this post “what I did on my summer vacation.  I always mean to write “Saturday Snapshots” posts on a more regular basis, but somehow get bogged down in my “to do” lists all too often. One of the main reasons I got into blogging was to connect with others and I think sharing a bit more about our “real life” helps to do that.  It also gives me a bit of an opportunity to “write” more, as much as I love typing up sewing tutorials, sometimes it gets a bit too technical for me – like writing a term paper on a thrice weekly basis. 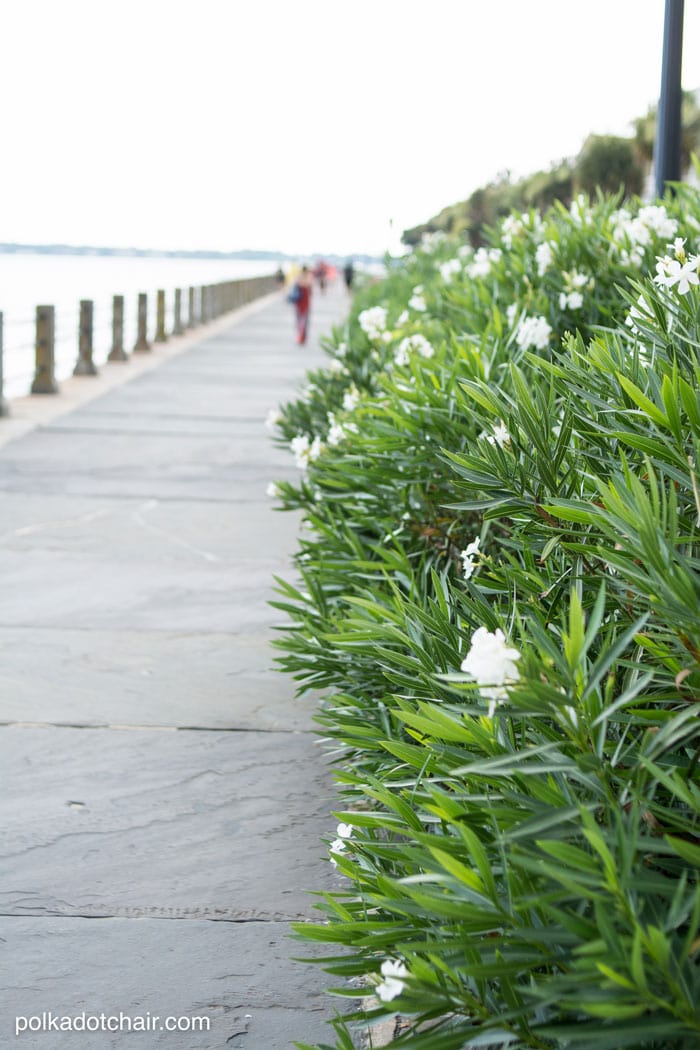 A few summer’s ago we were totally overscheduled.  I hated it.  The summer after that I didn’t schedule anything and my kids sat around and stared at me and each other all summer… also not great. This year we attempted to have a good balance of the two, while it wasn’t the “perfect” summer I felt like we were getting closer to a rhythm that worked for our family. That’s NOT to say that there were no days where the kids would not stop fighting, and getting them to pick up anything off of the floor was not an absolute struggle, but I felt like we made a bit of progress. I’m sure we will have the whole thing figured out right after the kids all leave for college *wink*. 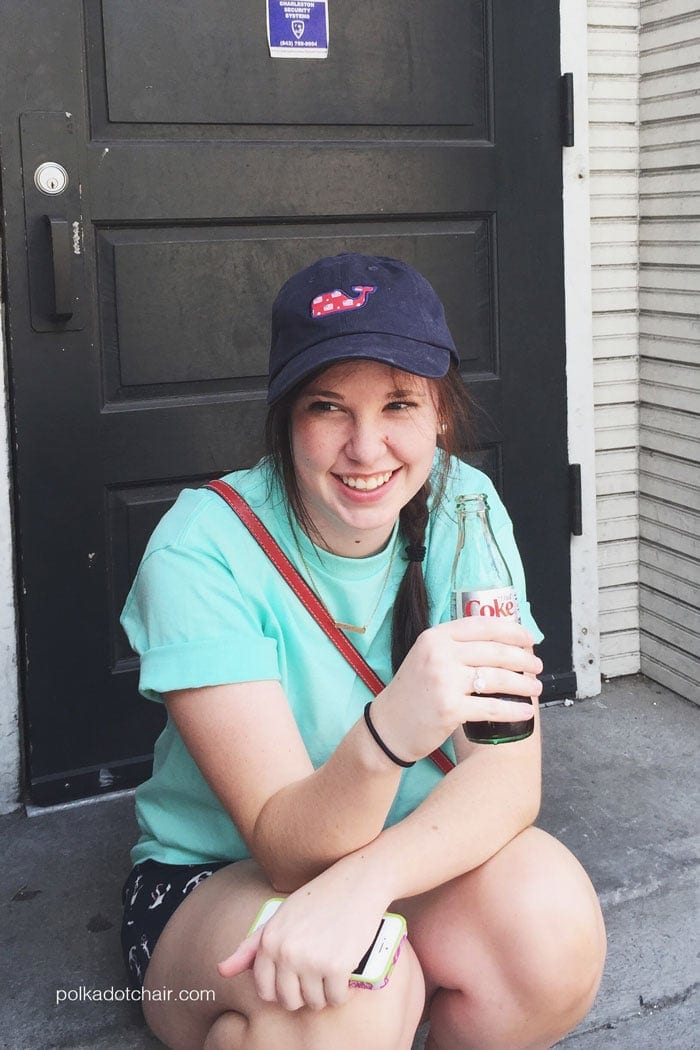 My oldest daughter, now gainfully employed (and still a college student) elected to stay out west for the summer. We realized that her job prospects were much better if she stayed for the summer term and the likelihood of her obtaining meaningful employment in Louisville for the summer was slim (I mean, who wants to hire someone for 3 months?) 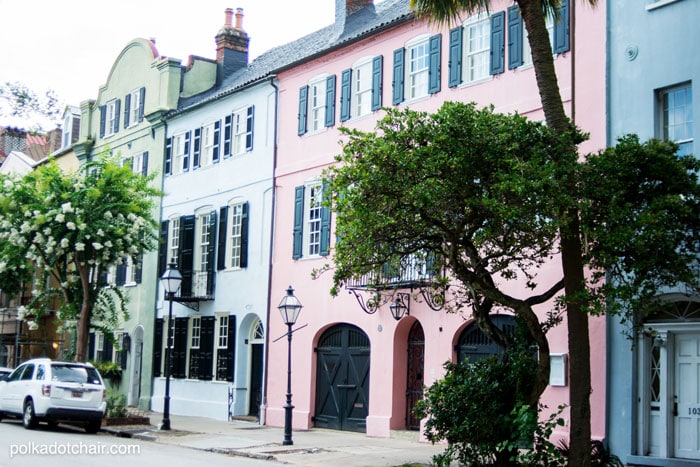 We did get to spend a few weeks with her, it was just the right amount of time.  During those few weeks, we took a family road trip down the Southern Atlantic Coast.  During the last several years we have driven to Orlando Florida a number of times.  We are always in such a rush both to get to Orlando and to get home after our trip. We would drive by cities that looked amazing and only wistfully wonder what they were like. 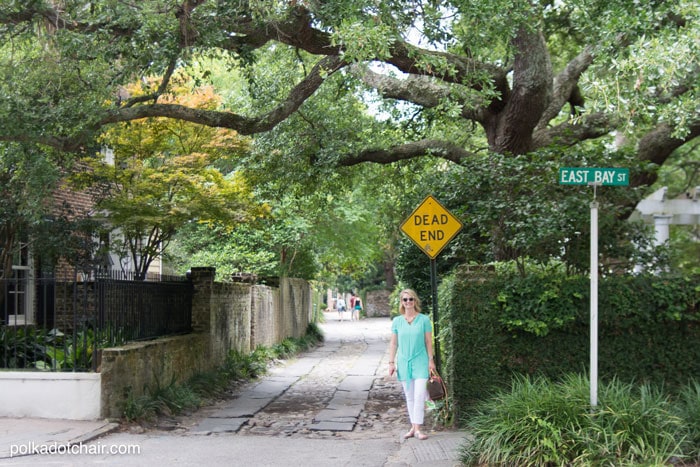 This year I planned a trip with the sole purpose of meandering through the American South. If you’ve been to the southern United States you will know that meandering is quite an easy thing to do.  People are friendly, the food is amazing and honestly, it’s too hot and humid to move around quickly anyway. 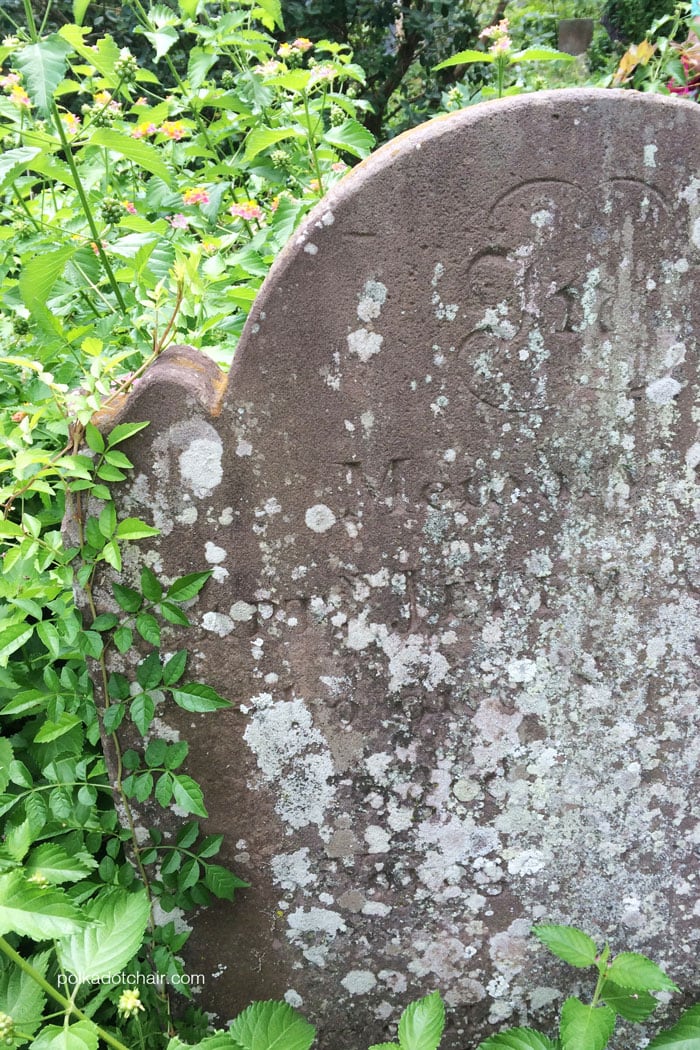 We booked 2 different hotels in two different cities, then decided to take side trips every few days.  Back when my kids were small a full week on the beach would have suited them just fine, but now that they are older they like to go out and “do” more things.  Thus the trip combined “city” days and “beach” days and I think we did a pretty good job of getting the best of both of those worlds. 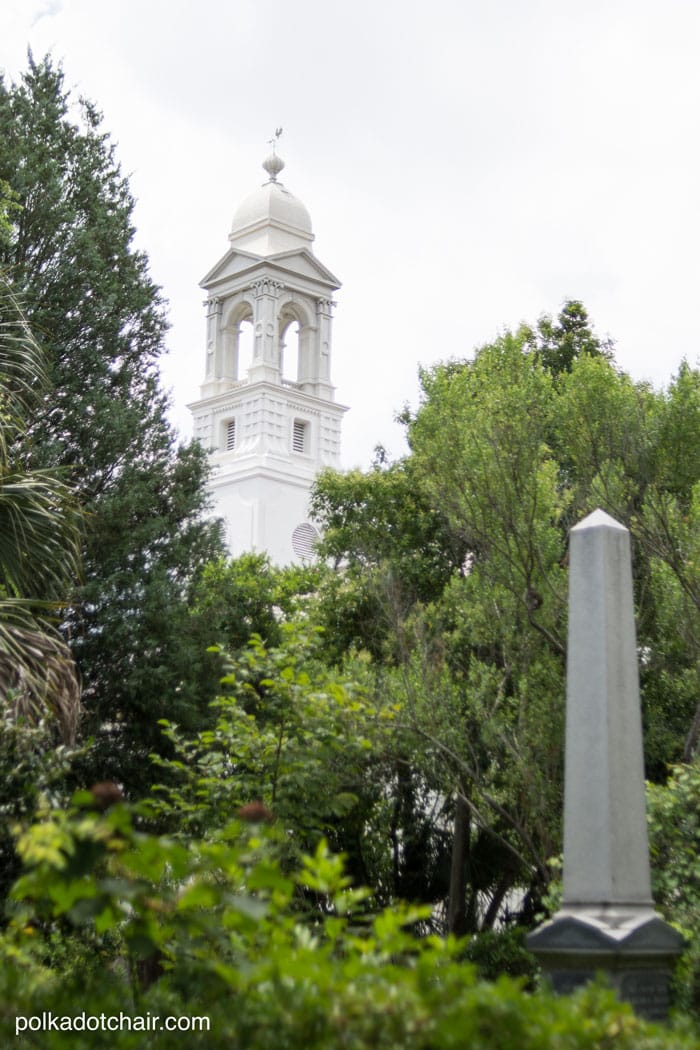 The first stop was Charleston, SC. It is easily one of the most beautiful cities in the United States.  Charming, colorful and eccentric. Our goal for our few days in Charleston was not too much more than 1) eat lots of southern food and 2) see lots of old southern homes. We did both. 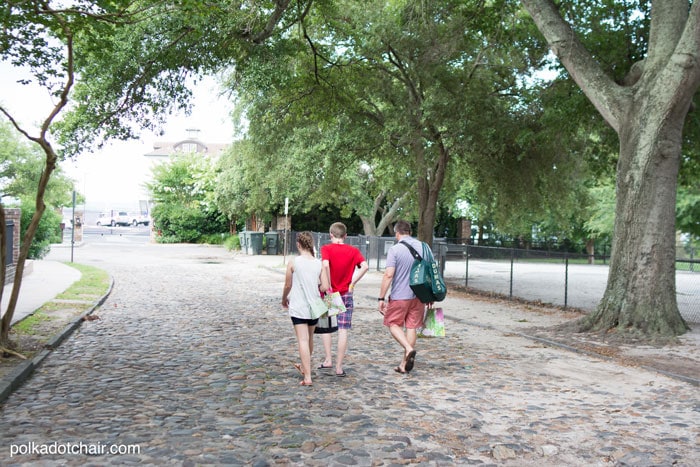 Since our trip was short we elected to stay in downtown Charleston. The thought being that for the same price as a week at a beach house we could get a couple of nights in historic downtown Charleston, then move to a reasonably priced hotel for the rest of the week.

I was happy with the balance and glad we chose to spend a couple of nights downtown.  At the hotel in Charleston, the kids were on cloud 9. Someone came to get our bags, they had cold drinks and snacks for the kids brought us breakfast to our room (included not extra)  and delivered candy to us before we went to bed each night.

I told the kids to not get used to it, as this is NOT normal for a hotel and it would be a while before they stayed anywhere that nice again. We stayed at the French Quarter Inn in Charleston.  I don’t have any “arrangement” with them or anything, I just think that it’s nice to give a shout out to good companies when you find them, and they deserve it. 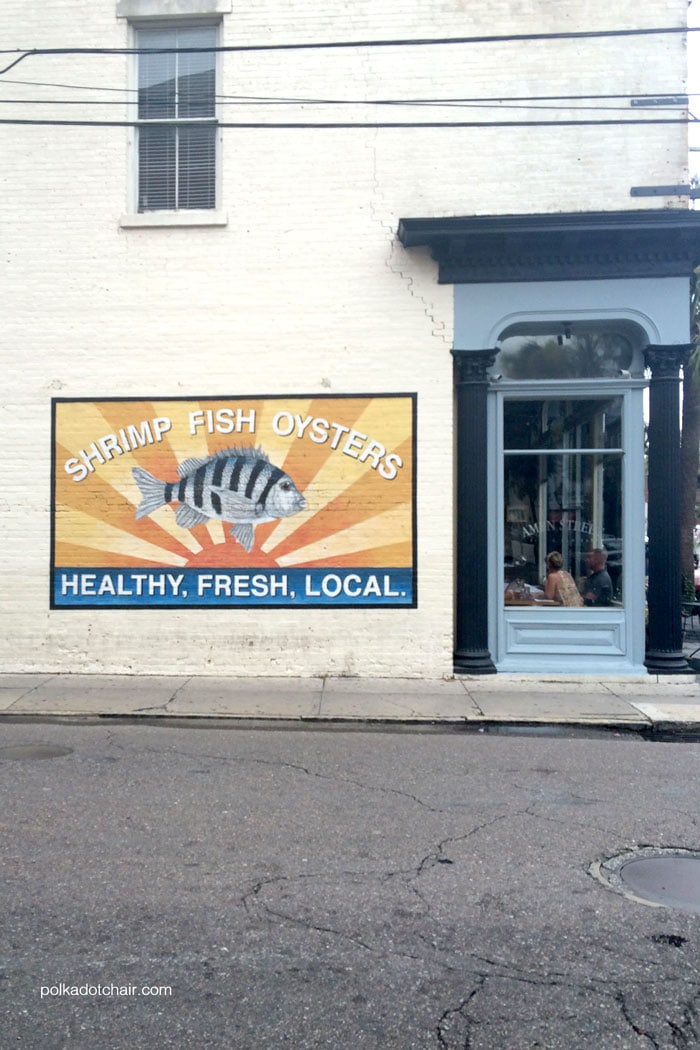 From our home base close to the market in Charleston we explored the city.  I had planned ahead and made dinner reservations each night (thank you to everyone on Facebook for your suggestions).   Personally, I ordered Shrimp and Grits every night trying to decide which restaurant had the best in Charleston (my opinion, Hominy Grill, followed closely by Hanks). 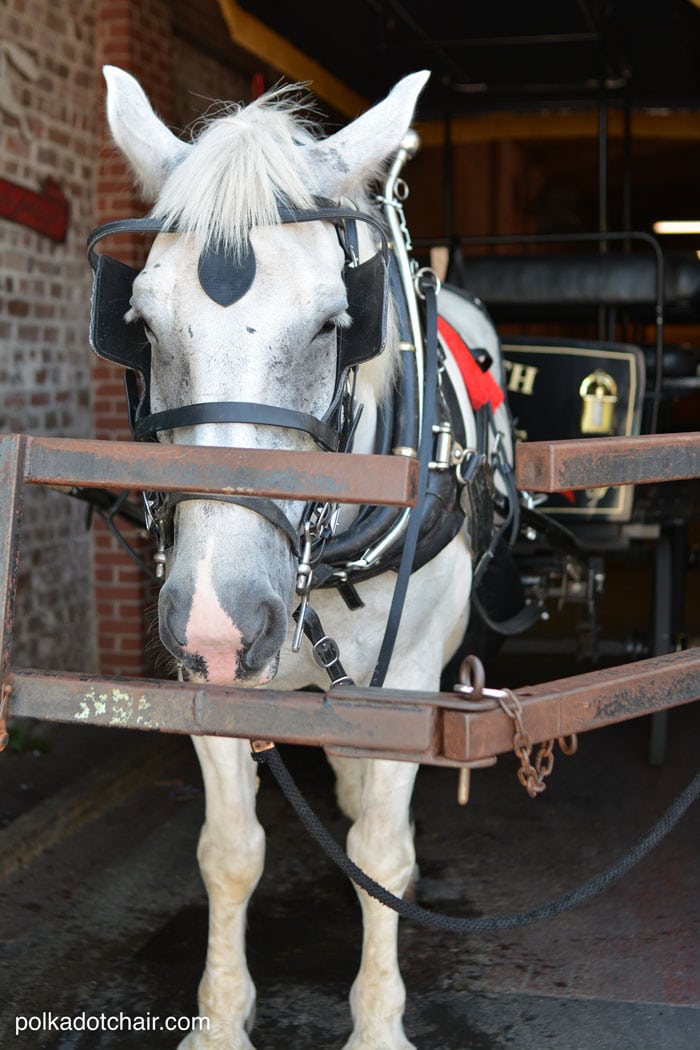 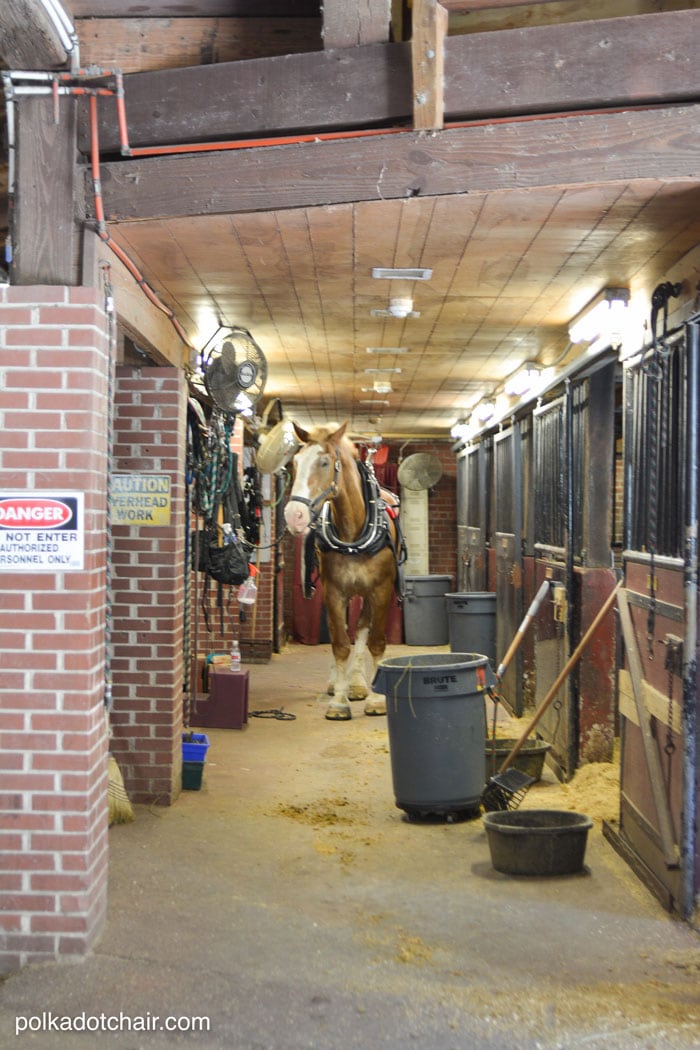 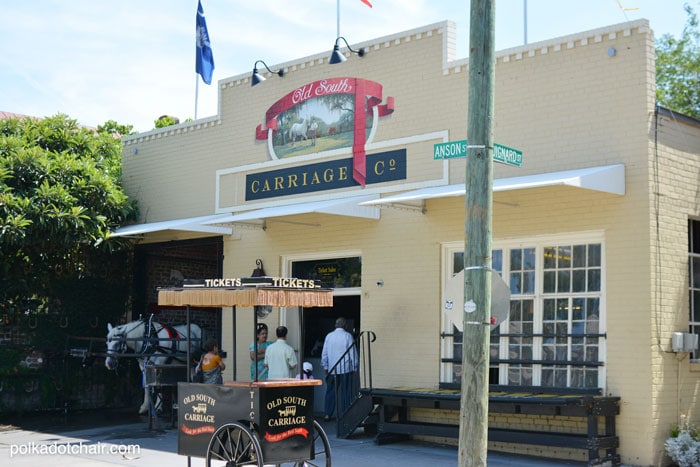 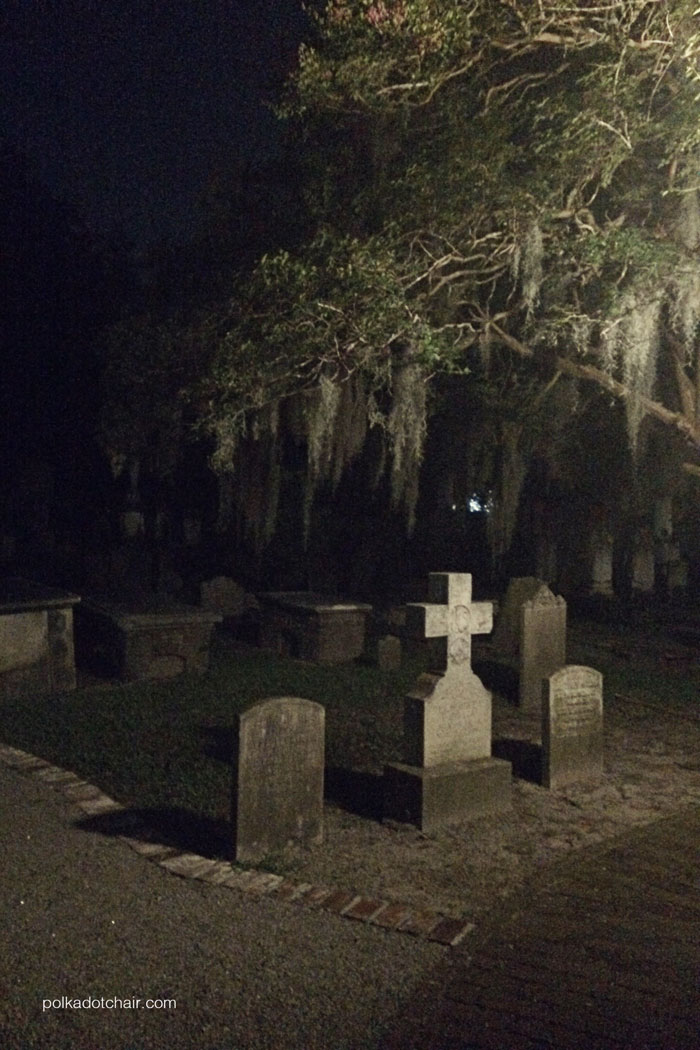 We spent a few days taking carriage rides and walking around the historic city.  We shopped, took a ghost tour from a very colorful and possibly inebriated guide, and stopped for pralines anytime we passed a candy shop.

It turned out that were there only 1 week after the shootings at the AME church and the tragedy was heavy on my mind during our entire visit.   Our kids wanted to lay flowers at the church as a show of respect, but in the end, we decided not too, there we so many people gathered around the church and we felt that they might like a bit more privacy and didn’t want to add to the crowds. Instead, we took the opportunity to talk as a family about a lot of things and issues going on at the time and I hope that our kids learned a bit of something on the trip.

After we wore ourselves out with a few days of walking and eating in Charleston (in 90+ degree humid heat, and yes it did get to us, there were many hours with very grumpy kids and adults) we packed up the car and headed a bit more south to Amelia Island, Florida with stops in Savannah,Georgia and St. Augustine, Florida as well.. but I think our story has gotten a bit long today so I’ll save those photos for another week. 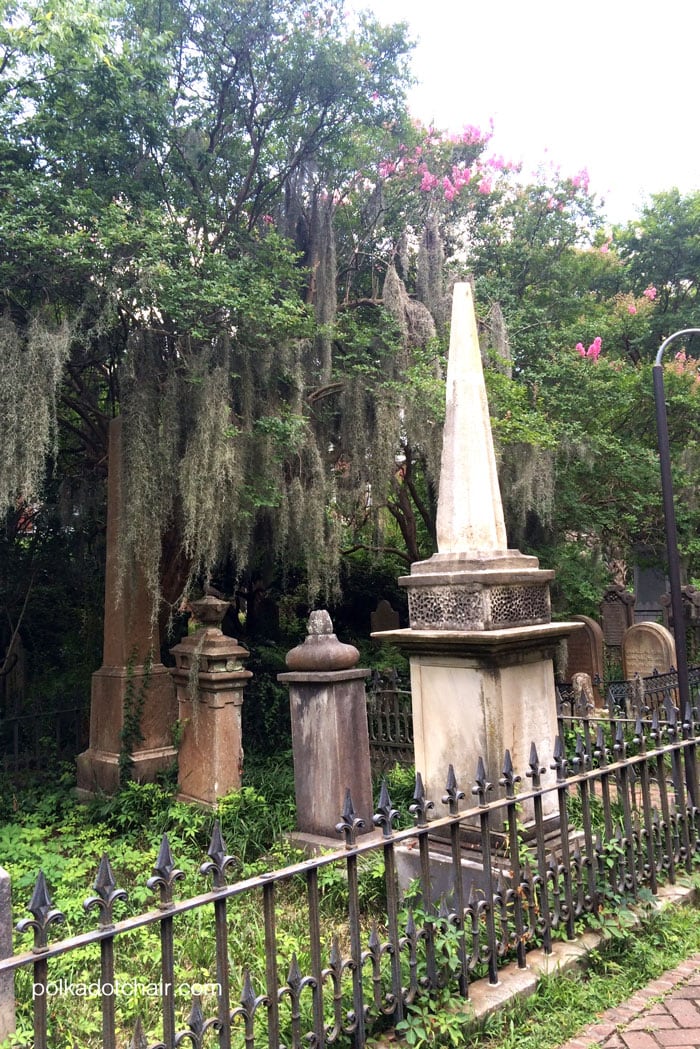 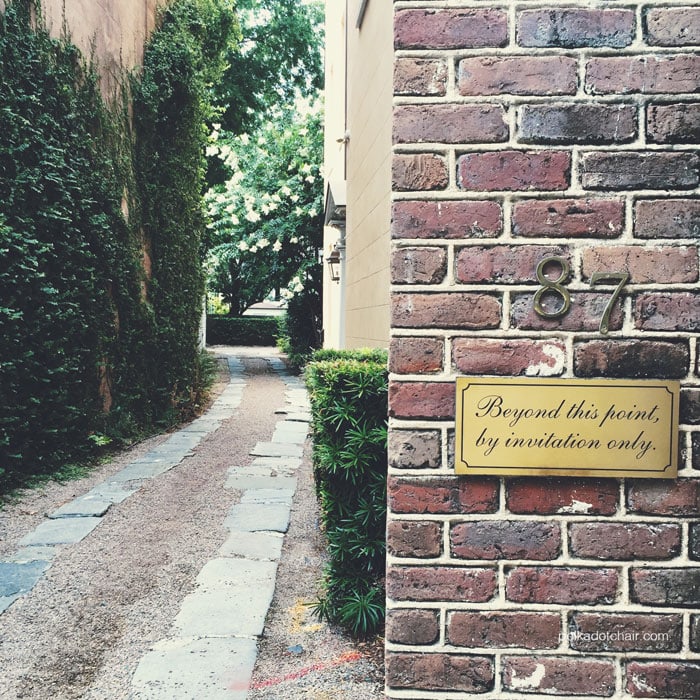 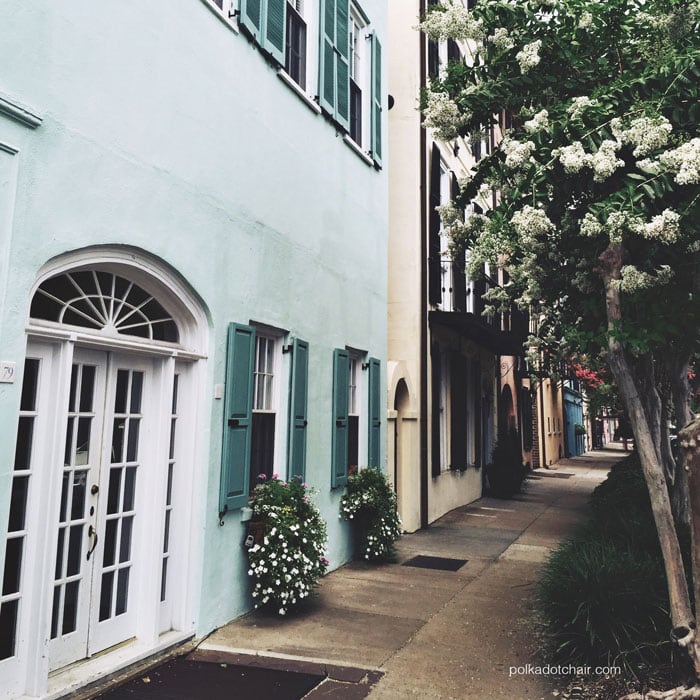 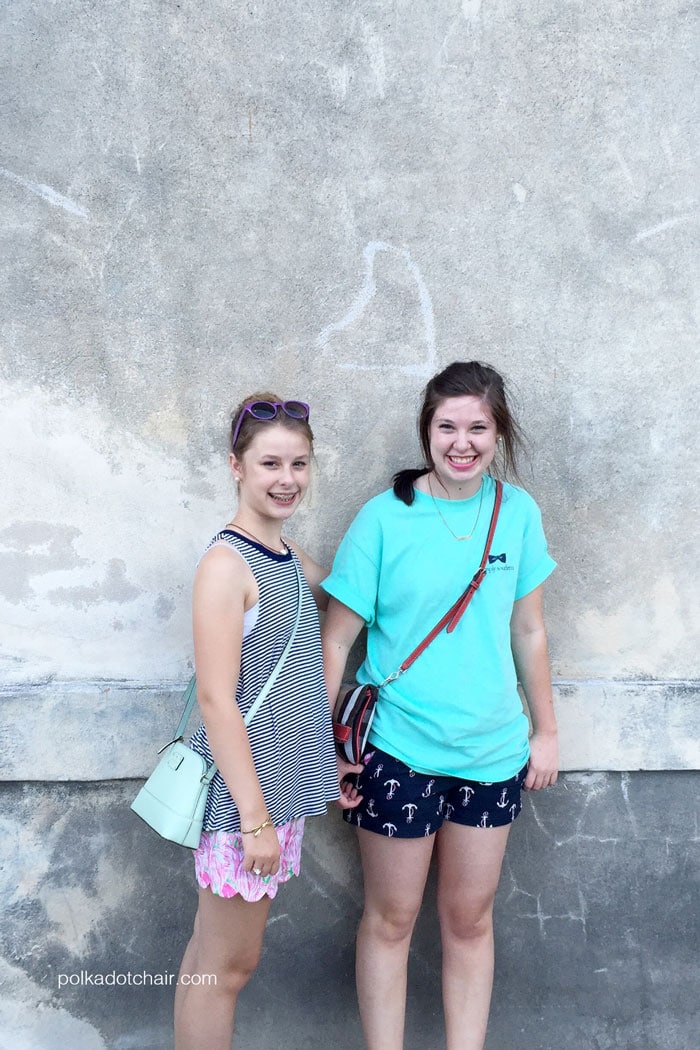 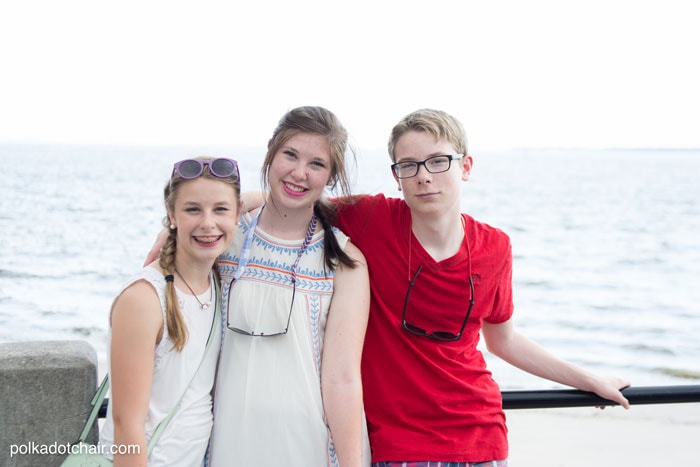 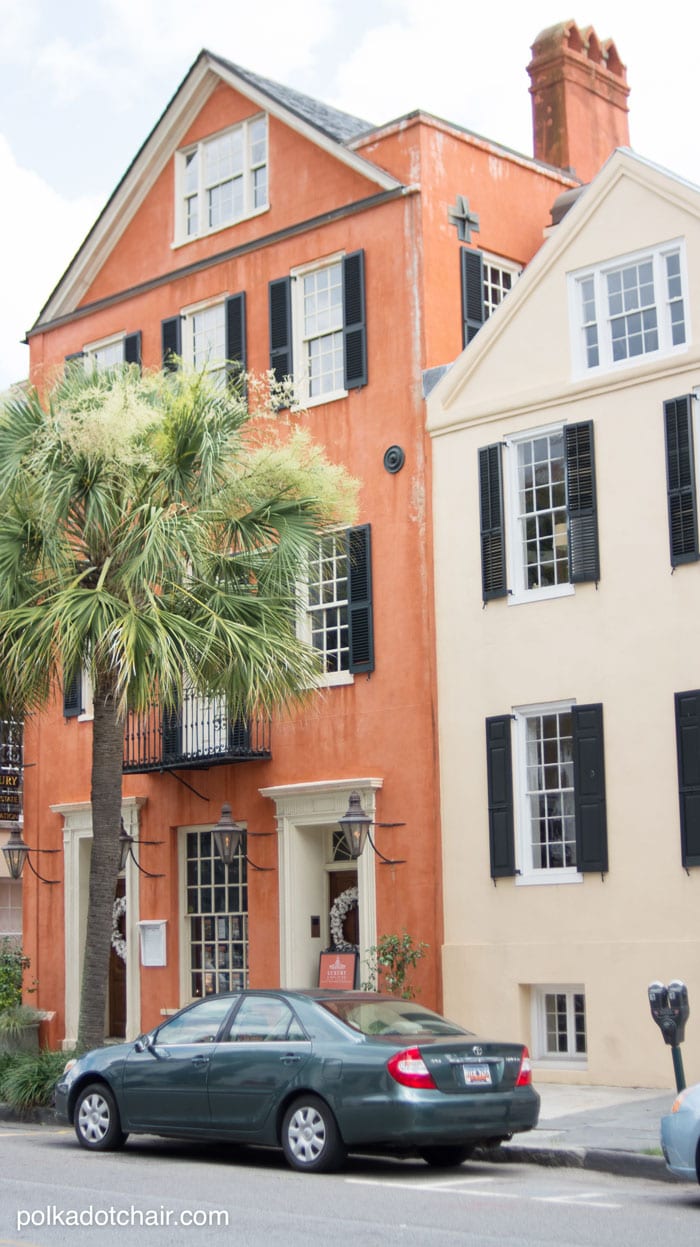 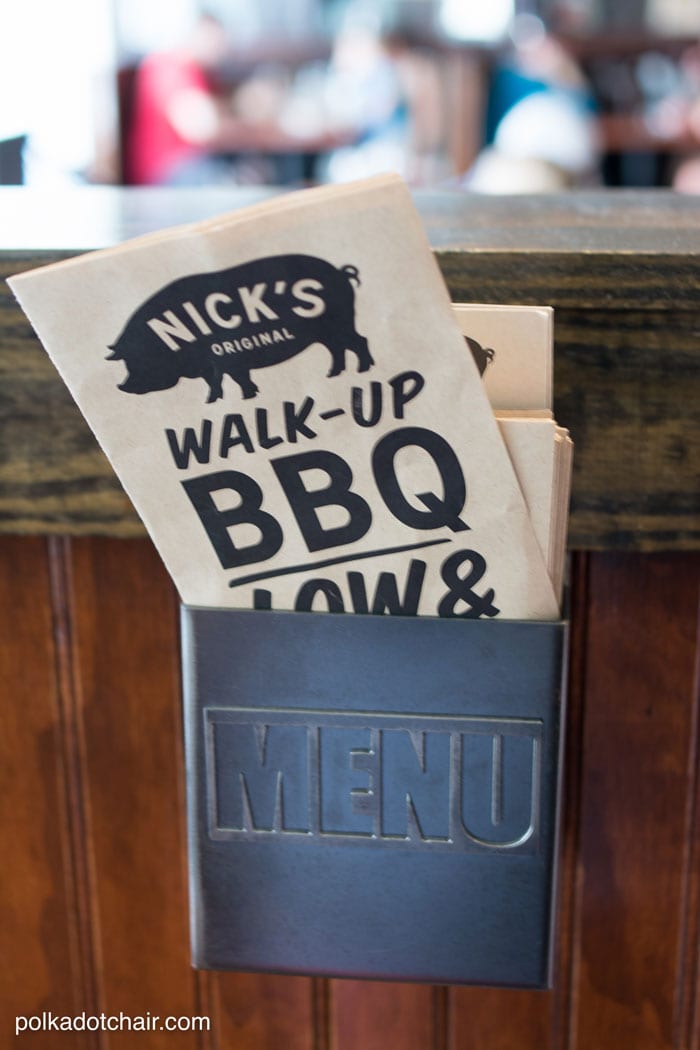 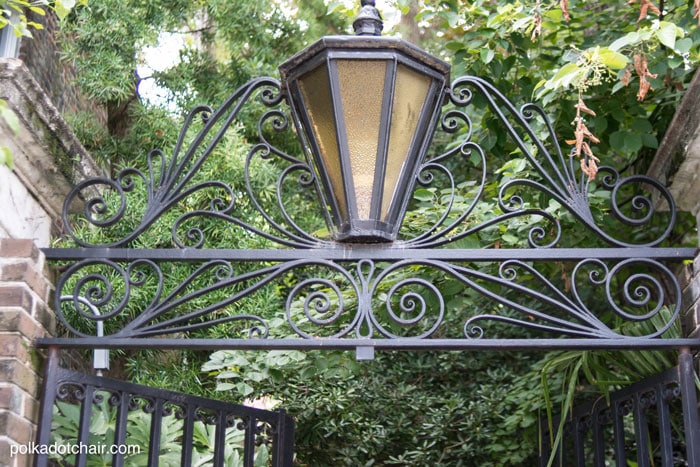 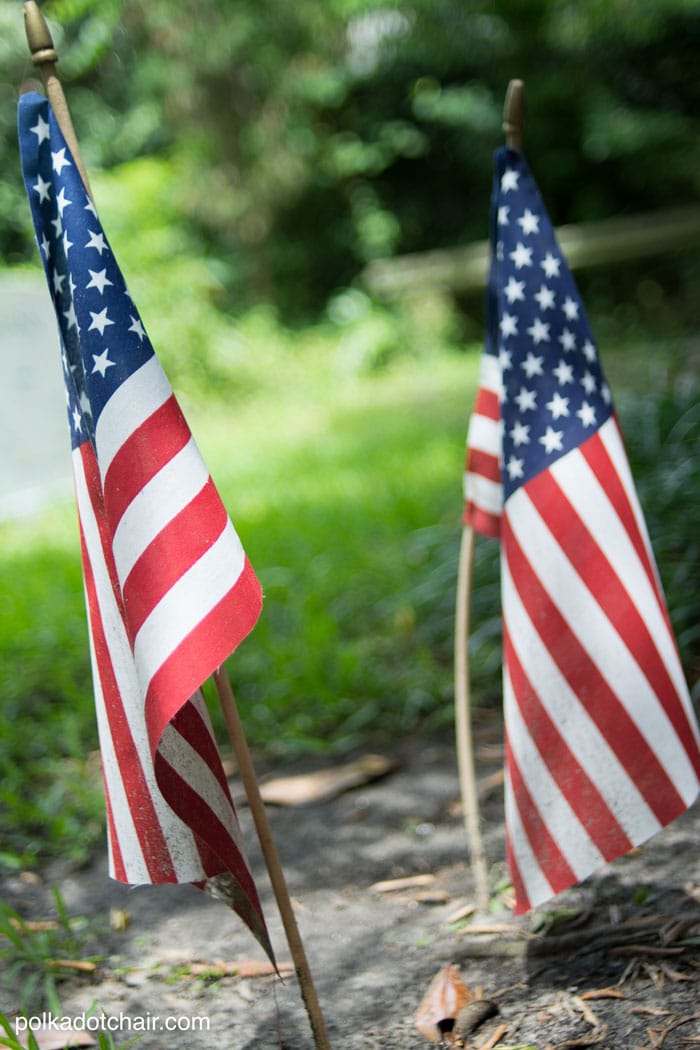