Okay, it’s Tuesday and this is not technically a tutorial but I thought it would be a fun idea to share with you today instead. 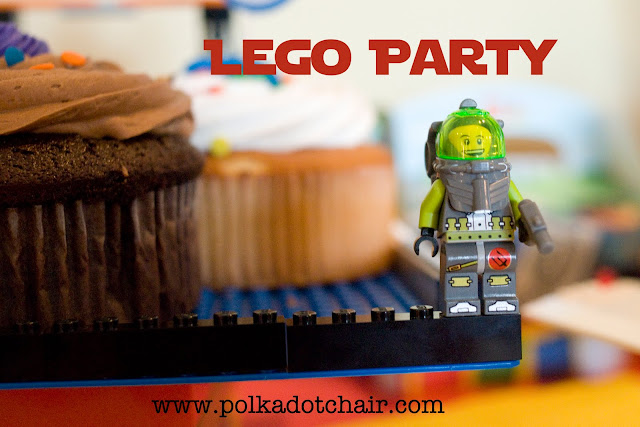 Over the weekend we had my son’s birthday party, he has wanted a Lego themed party for a long time so this year we threw him one. He was very excited about it and was even more excited when I told him I needed some custom lego creations for the decorations. He built me the cupcake & cake stands and did a much better job than I ever could. 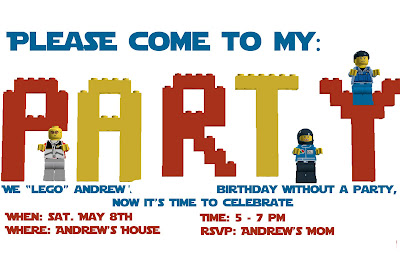 To make the invites I used a program that you can download for free on the lego website called “lego creator”. I then built the word “PARTY” with legos (it took me forever!! I am not a natural lego builder) then added the little guys. I then used the screen shot in Photoshop to add the words and printed them on photo paper! Easy!! (except the trying to make a letter “R” out of legos part) 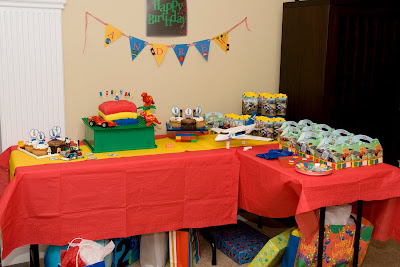 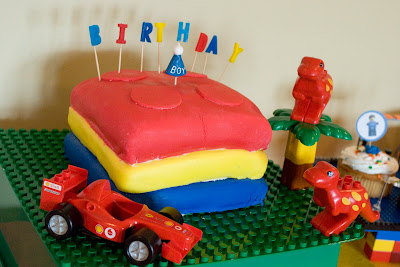 The cake, I was trying to make it look like legos… obviously it’s not squared up or flat… let just say I need alot more practice with fondant 🙂 but Andrew thought it was cool. 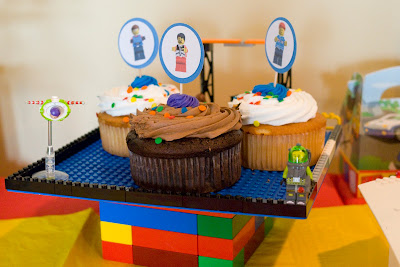 Using the same lego program I made cupcake picks. Andrew built the cupcake stand and decorated it with his lego guys. 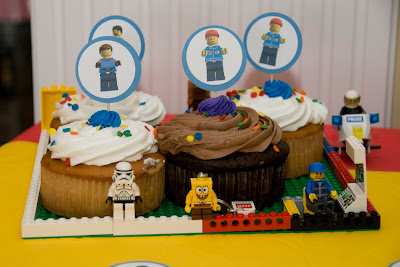 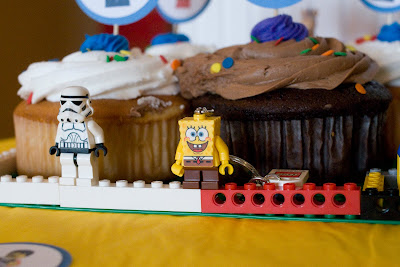 when else can you have Sponge Bob & a Stormtrooper in the same party besides Lego? 🙂 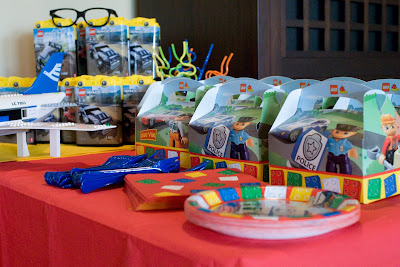 I ordered the lego boxes and plates online. 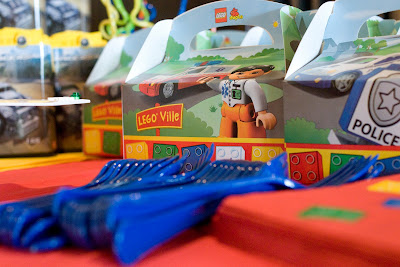 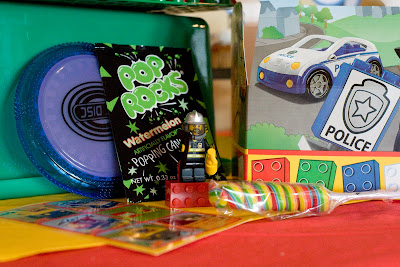 I stuffed the boxes with some candy, pop rocks, stickers, a little frisbee & a lego magnet  (I was able to find a large package of them online and split them up so each kid got one).
During the party the kids all watched a Lego movie (which they all LOVED) 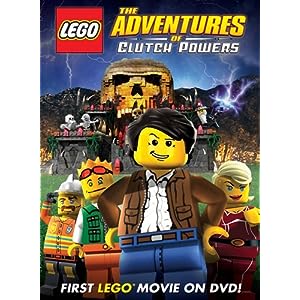 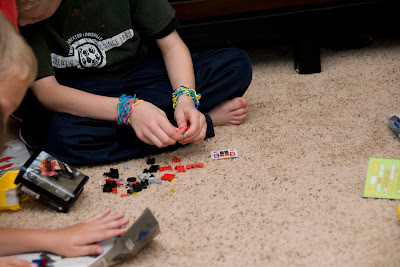 After the movie they had a lego building contest.
I found at our local wally world a bunch of lego car kits on clearance. Each kid got one then we had a contest to see who could bulid the cars the fastest… the kids were pretty fast !! 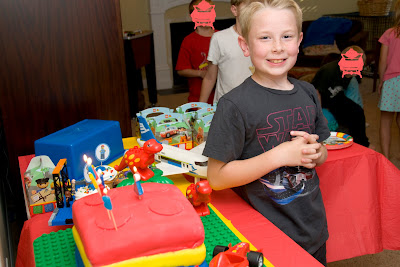 Then cake & presents to follow!
now.. on to his twin sisters party… Alice in Wonderland .. next week.