One of my husband’s favorite treats during the time he lived in the Netherlands were Stroopwafels.  These waffles found mostly at outdoor markets were crispy cookie-like waffles with a caramel syrup filling. While nothing can beat a fresh Stroopwafel from a market, this Stroopwafel recipe will work when you’re in a pinch! 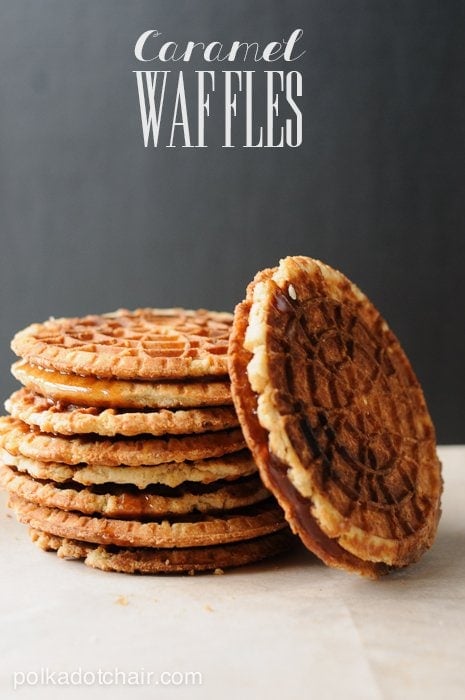 You can buy Stroopwafels packaged in the US but they not the same thing as a fresh stroopwafel. When I visited the Netherlands a few years ago, I was able to try them for myself and agree that they are a “must” have if you visit the Netherlands. 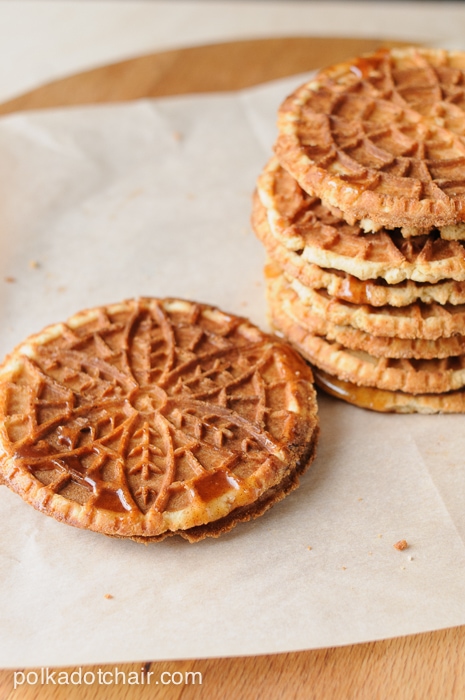 My husband brought home a handful of recipes from his time in the Netherlands, including this one, but all of them are in metric measurements.  A few years ago we decided to figure out how to make a version of the waffles at home. We managed to convert the recipe but were never able to get the recipe “exactly” the same. 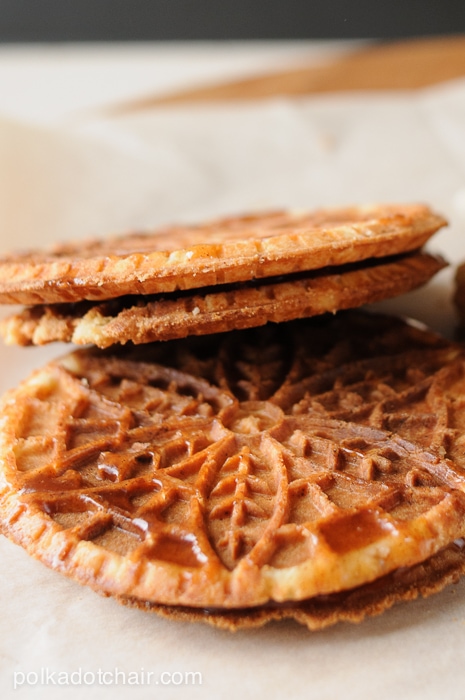 -Traditional Dutch stroopwafels are sliced in half after they are pulled off of the hot iron with a very thin serrated knife.  We have never been able to slice one in half without destroying it, so we just used 2 whole waffles instead.

-We also do not have a traditional stroopwafel iron so we used a pizzelle iron. 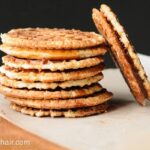 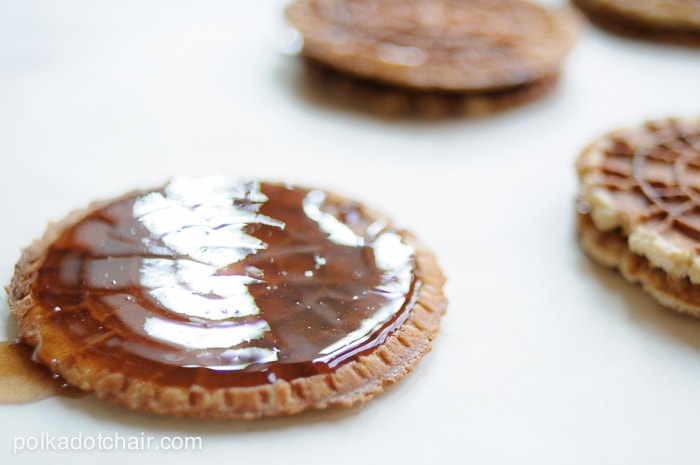 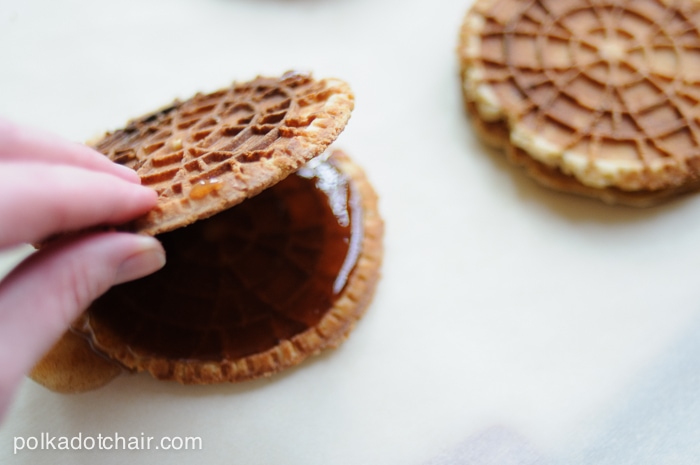 One of the great things about these waffles is that they can keep in an airtight container for up to two weeks.  Although my husband claims that you’re not supposed to eat them for breakfast, I like to give them to my kids to eat for breakfast on special occasions. I’m not the best in mornings so having something already made is a big benefit to me.

What is Superfine Sugar? 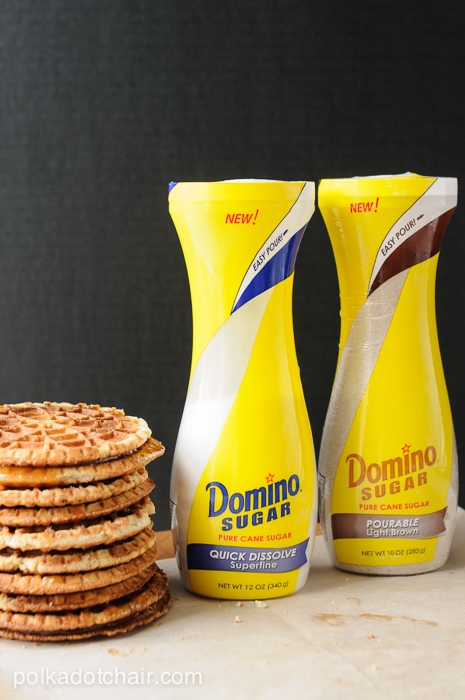 This recipe calls for Superfine sugar. I don’t use superfine sugar much and love that it comes in a flip-top canister from Domino. I just flip the top to pour out what I need then it seals back up for next time.

Domino also has Brown Sugar in a flip-top canister. Which I adore for adding a bit of brown sugar to my steel cut oats in the morning.  The best part is that the sugar won’t clump or dry out.

If mornings aren’t your favorite either, here are some suggestions from Domino for frenzy free mornings, they’ve even included a recipe for a delicious topping for your oatmeal or yogurt in the mornings. 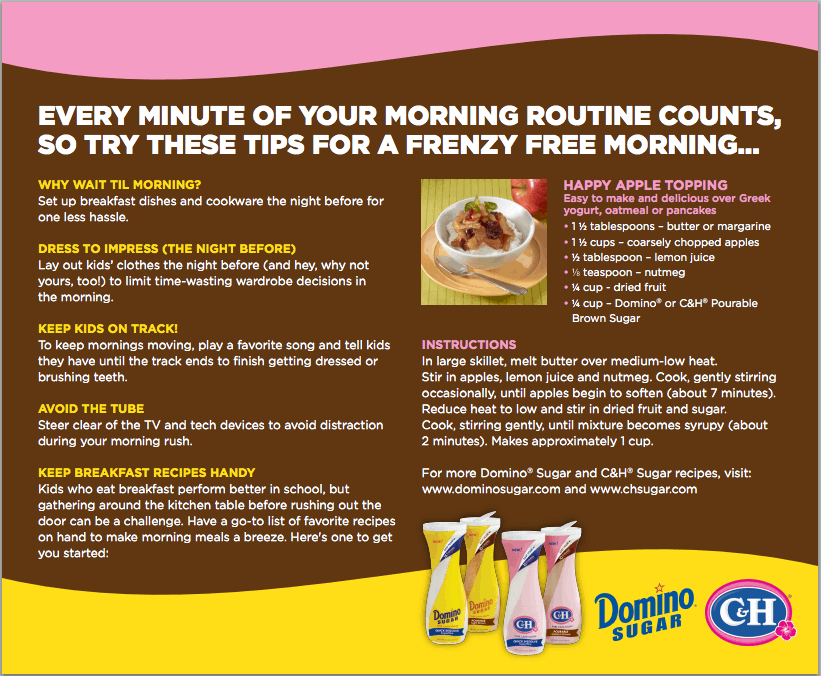 Would you like to try out one of the new Flip Top canisters yourself?  If so just enter below for a chance to win a coupon to try the new canister yourself. 3 winners will be chosen.

Enter with the widget below

This post is sponsored by Domino Sugar as a part of the Mom it Forward Network, all ideas, opinions are 100% totally mine! Full disclosure can be found on the about page.

All my images are copyrighted. You may NOT use any images from this site in any kind of Video (this includes YouTube). If you would like to feature my work, you may use ONE (1) NON-COLLAGED image and must “follow” link back to my original blog post. You may NOT edit, crop, or change my images in any way without written permission. You MAY NOT print out or copy and distribute any text, images or patterns from this site. All patterns, content, instructions, and templates are for personal use ONLY! Thank you! Violators will be reported.