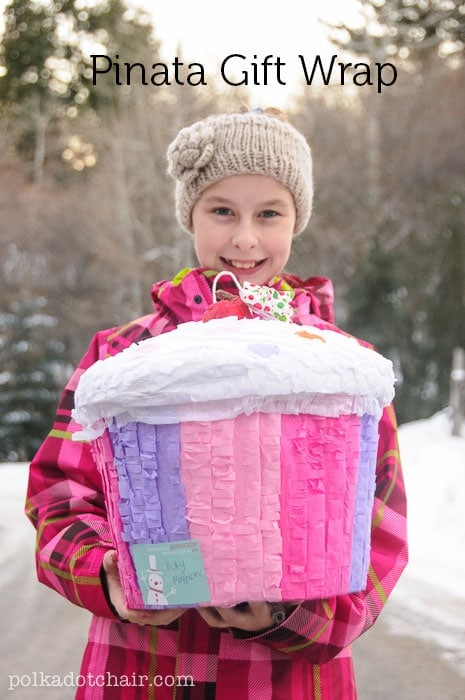 Over Christmas, quite by accident we stumbled upon a creative gift wrap idea that I thought I would share with you guys!

We were at Target, 2 days before Christmas frantically shopping for a box to wrap some odd sized gifts in for my niece and nephews.  I couldn’t find anything in the store that would work, the place was pretty picked over.

We walked past the party aisle and mostly as a joke (and out of utter exhaustion) I said, “let’s just wrap them in a piñata”… My kids (and husband) thought it was a great idea, so we did!

What started out as a crazy hunt for gift box at Target turned out to be a fun little Christmas gift.

After we decided on the piñata idea, we headed over to the dollar section to get a few other trinkets to put in the piñata’s along with the gifts we had purchased before hand.  Things like glow sticks, stickers, slinkys and crayons. 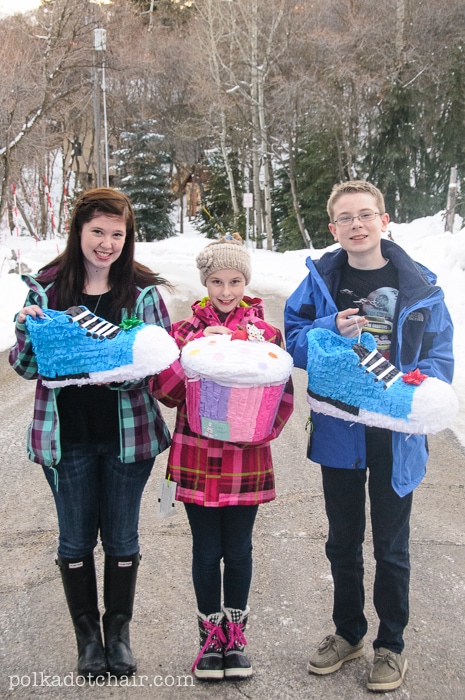 We ended up with 3 piñatas, 2 “shoes” for the boys and a cupcake for the girls.  The hole in the piñata was not quite big enough to squeeze the toys all into, so we cut a little trap door in the bottom of the piñata to make for easy access (we just taped it back closed).

I knew the kids well enough to know they would not want to “hit” the piñatas to break them open. Obviously if you want to hit the piñatas to get the gifts out then I would not put anything in there that is breakable. 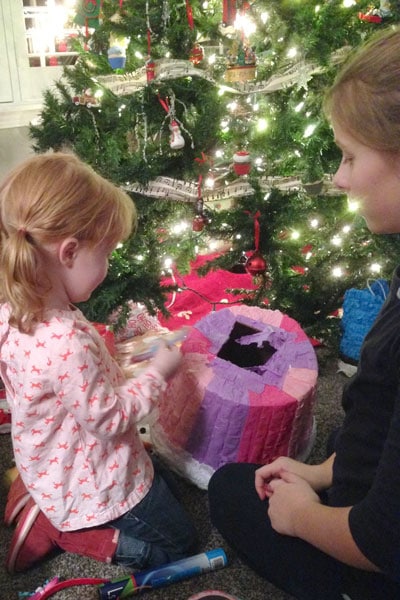 The kids had a great time digging into the piñatas to find their gifts, and ended up keeping the pinatas afterwards to play with.
Connect with me: