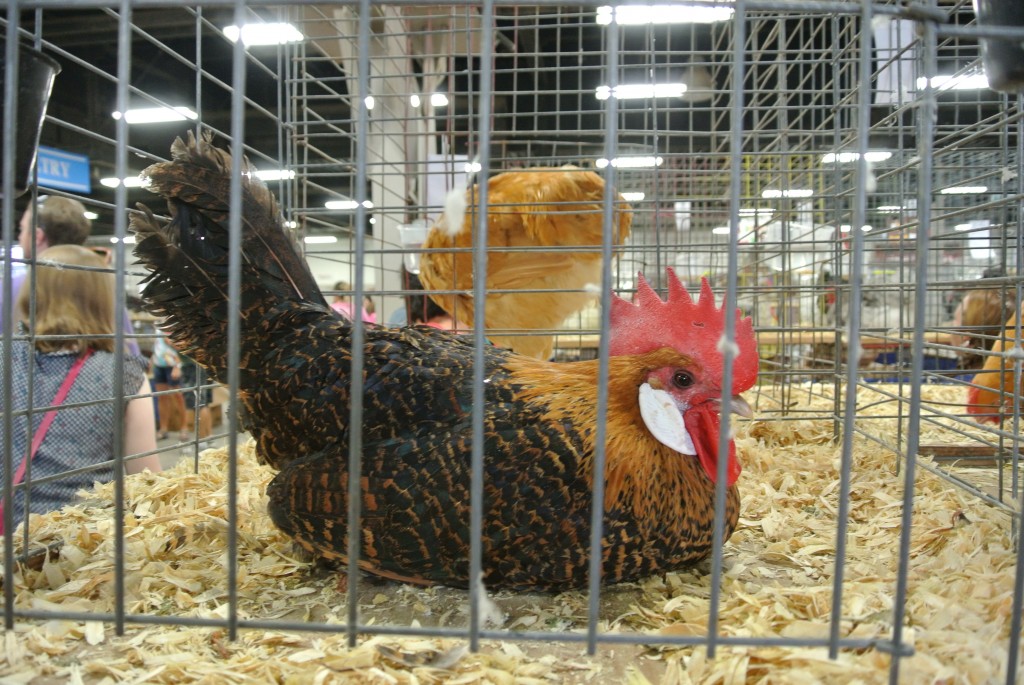 Over the weekend we went to the Kentucky State Fair. I had not been to the fair since moving here 16 years ago and decided it was time that we go again.  You see I’m not a huge fan of large crowds and fried food, but the promise of a 75 degree day in August was too much to pass up… so we headed out to the fair. 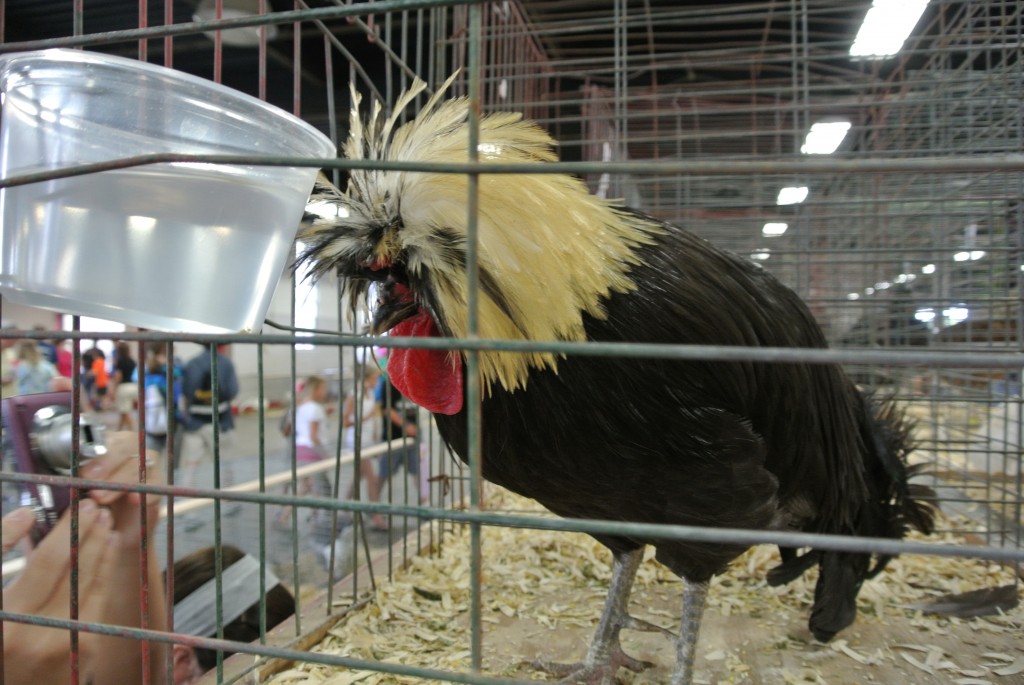 At the end of the day I was glad to say that we really liked the fair!! Even me!  We loved going around and looking at all of the different varieties of animals on display- check out the “haircut” on this rooster! 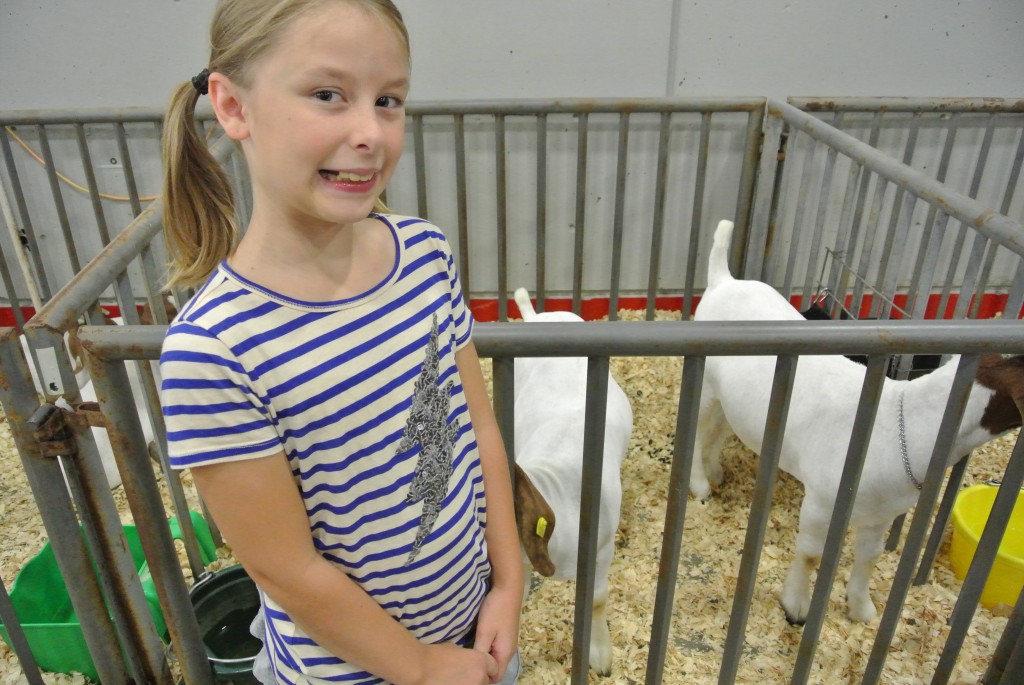 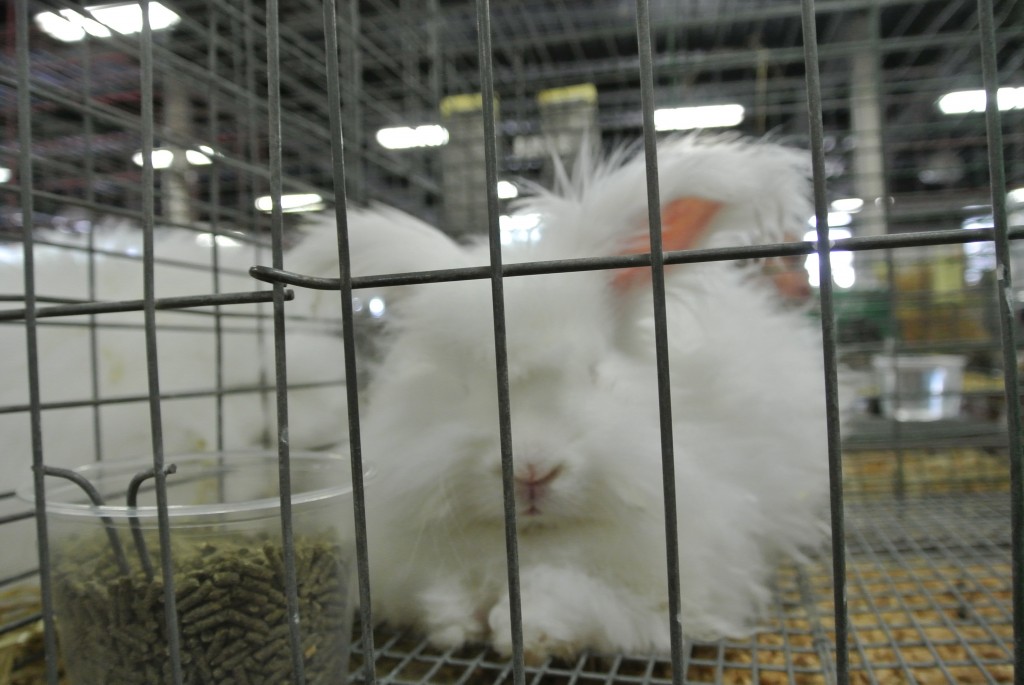 or a rabbit…  It didn’t help matters either that they had animals for sale- you know how many times I heard… “Mooooommmm can we pleeeease get a rabbit?????”… We already have a large furry golden retriever and I wasn’t about to add another furry thing to the household. 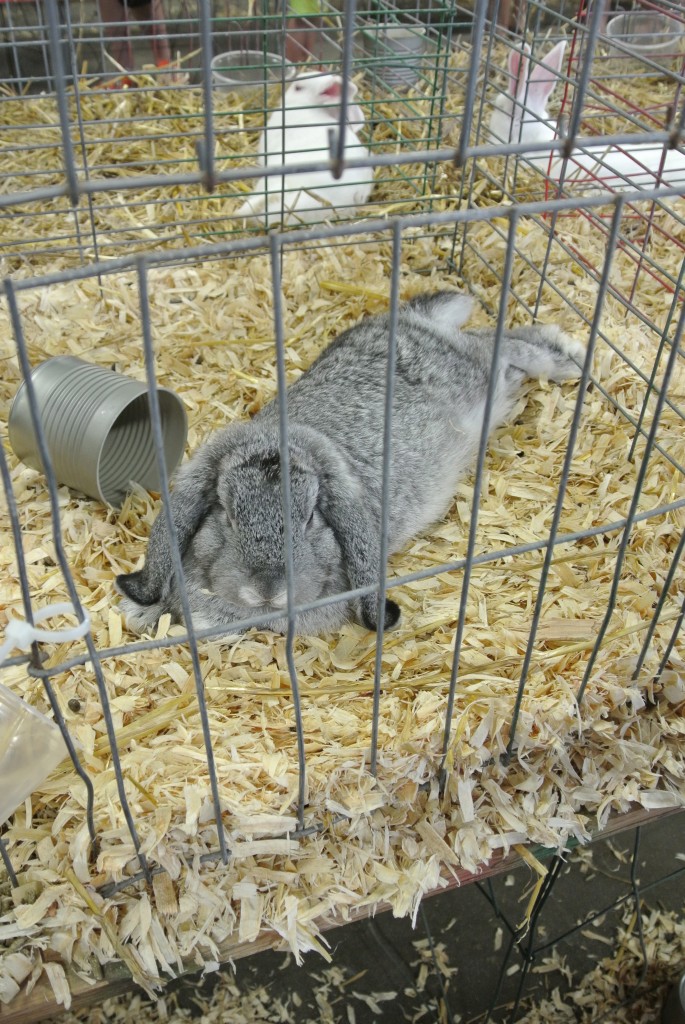 After browsing the animals for a while we headed inside to find the quilts. 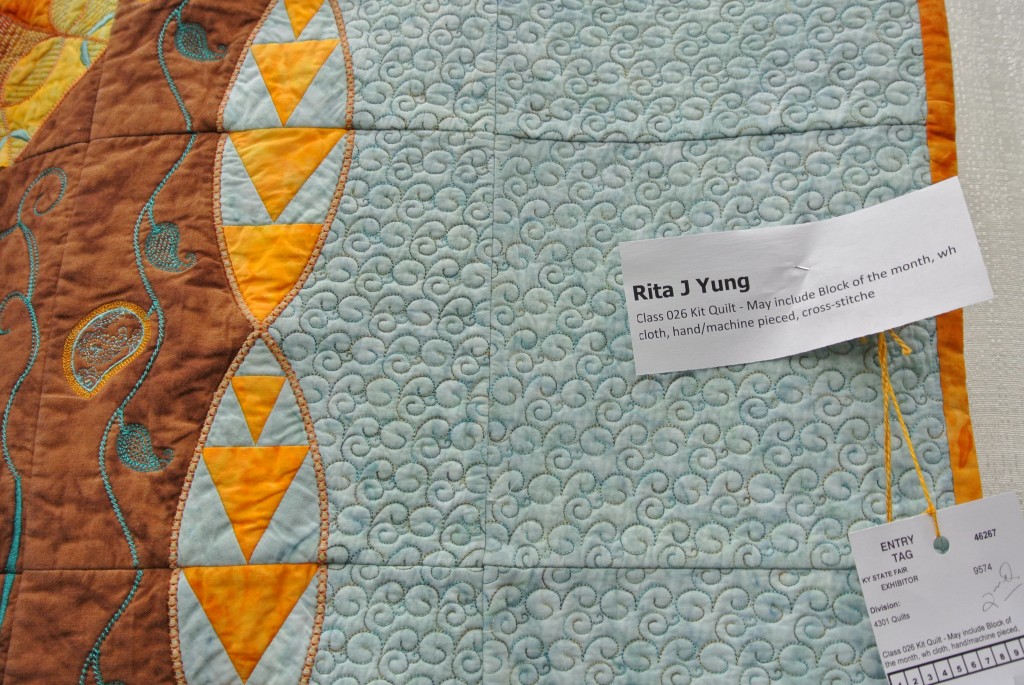 Let me tell you there were some amazing quilts entered this year!  Lots of different varieties and techniques were represented. 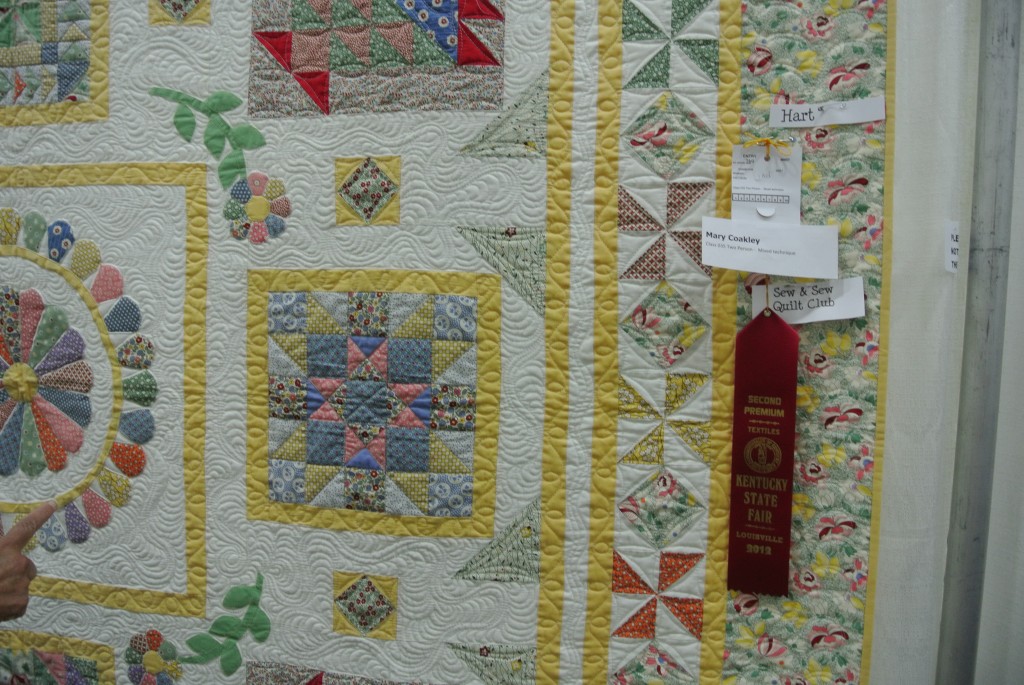 Here’s photos of a few for some “eye candy”. 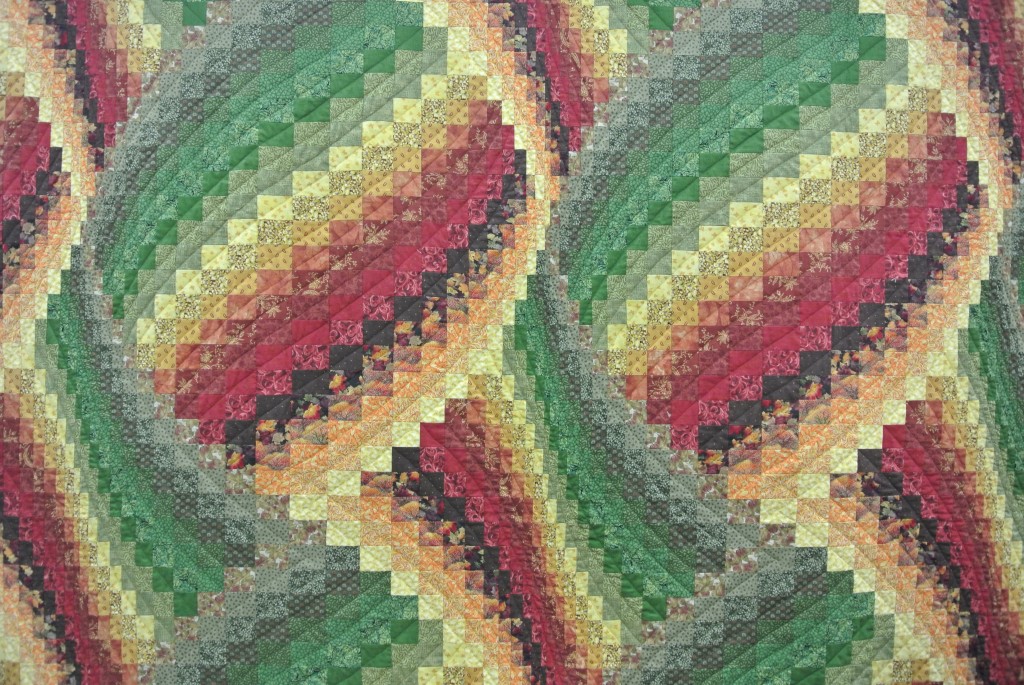 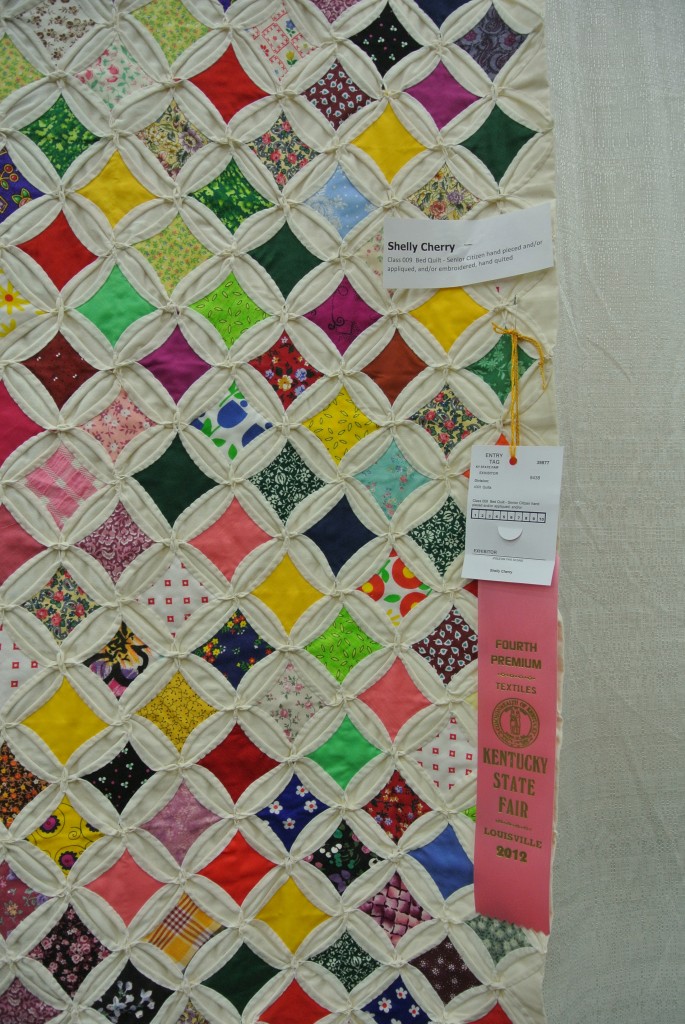 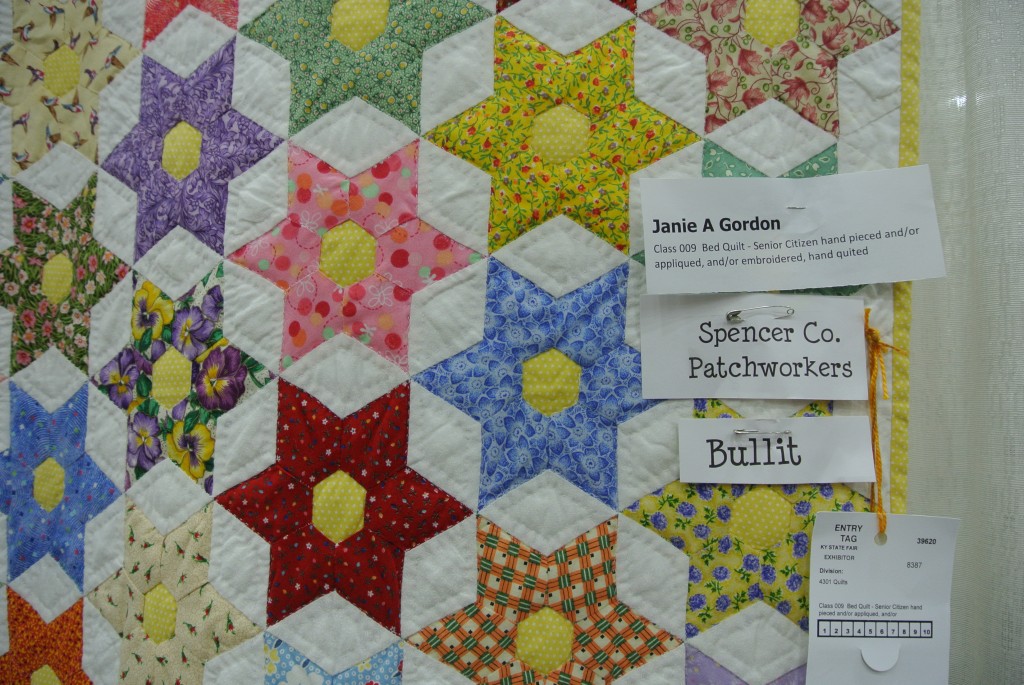 This quilt was huge! I can’t imagine the time it took to hand sew all of those pieces together! 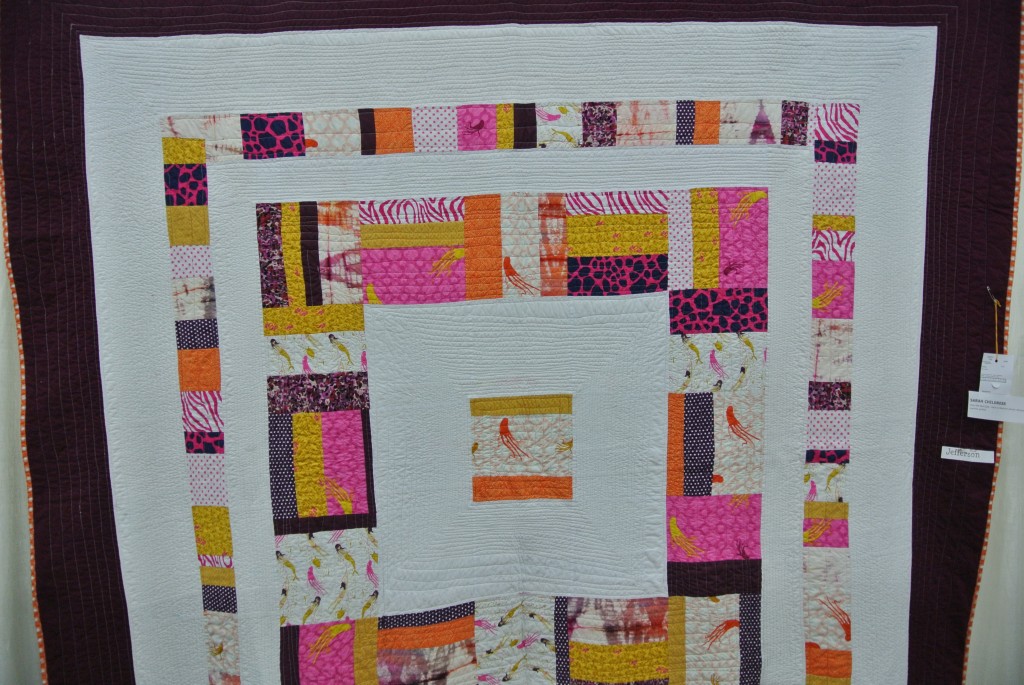 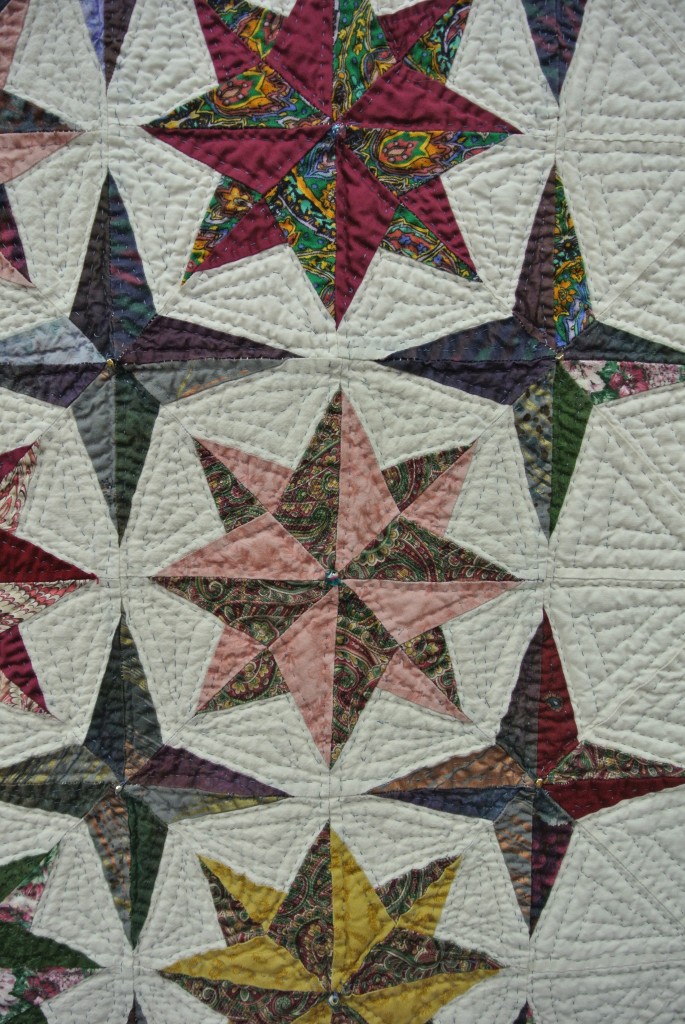 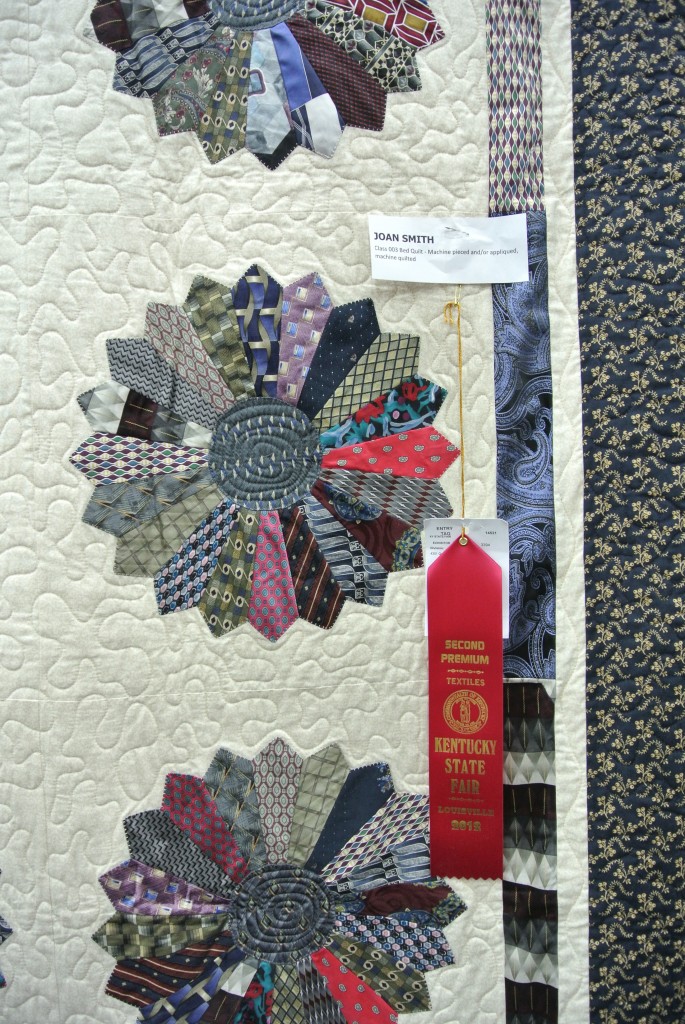 Dresden’s made from ties— genius! 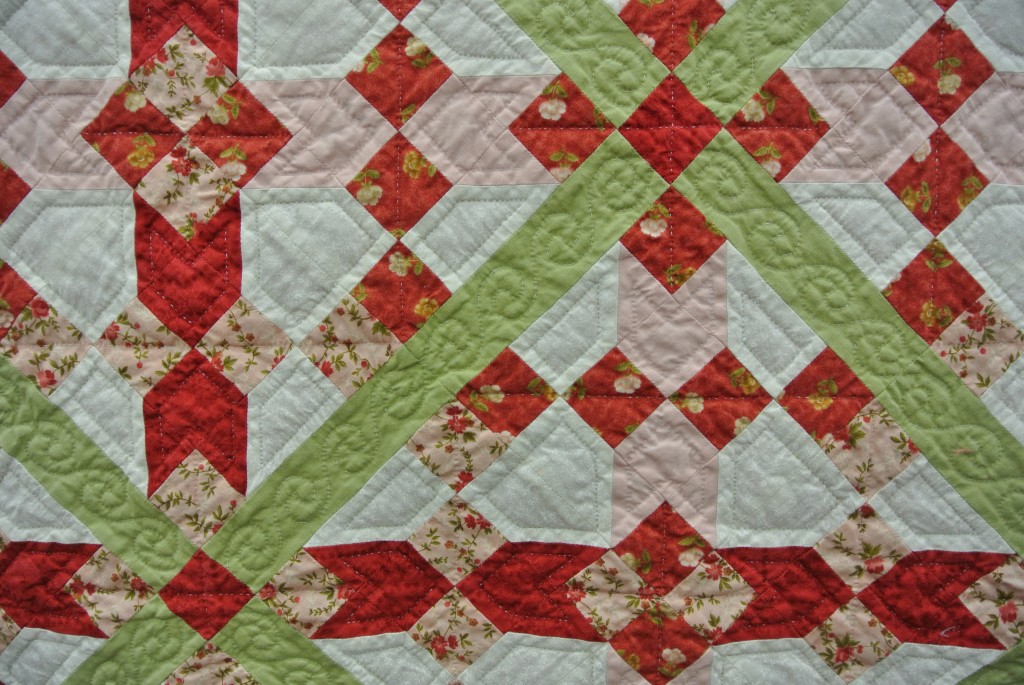 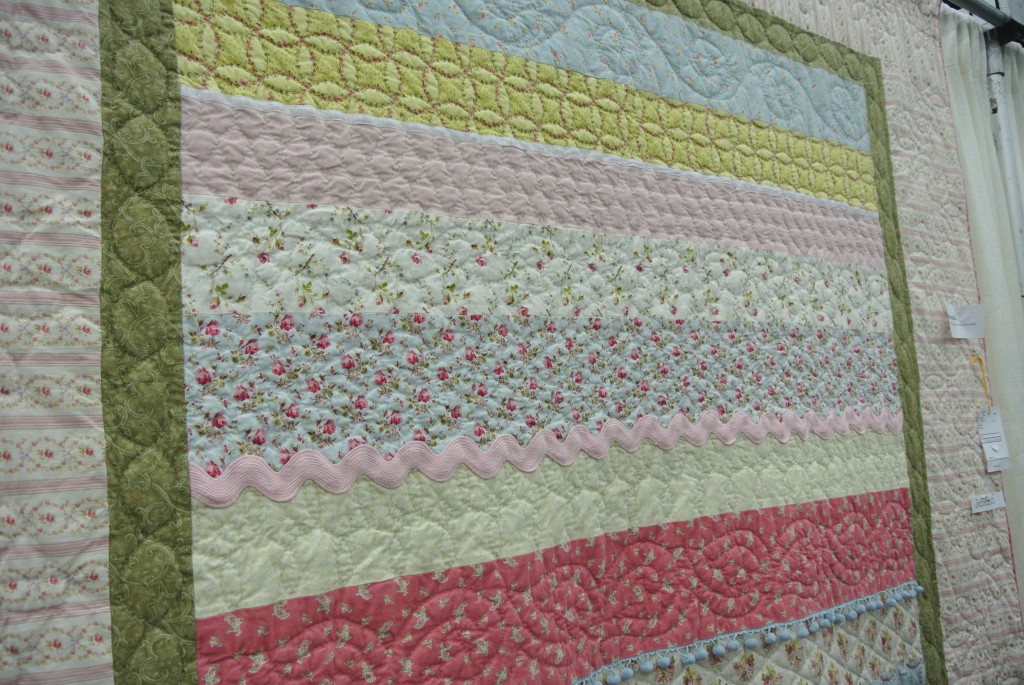 This one was hand quilted by my friend Angela.  I didn’t even know she entered a quilt in the fair, it was a fun surprise to see one by someone I knew.
After looking at the quilts the kids were about to DIE if they didn’t get some treats and soon. So we headed back outside to the plethora of fried food booths. 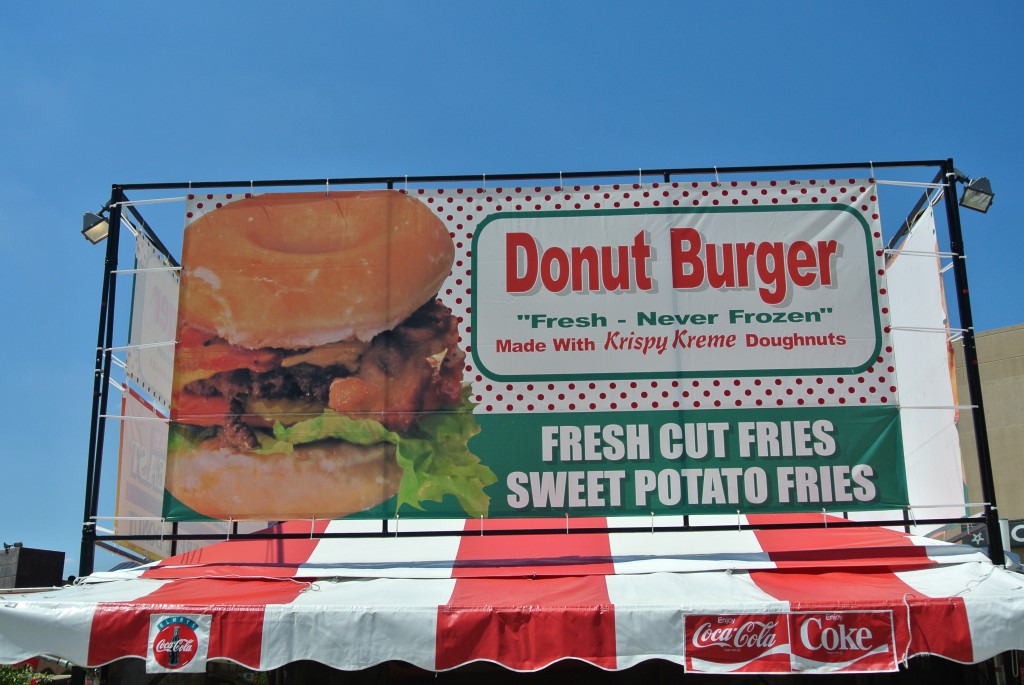 Yep, that’s a real thing, and no I didn’t eat one. 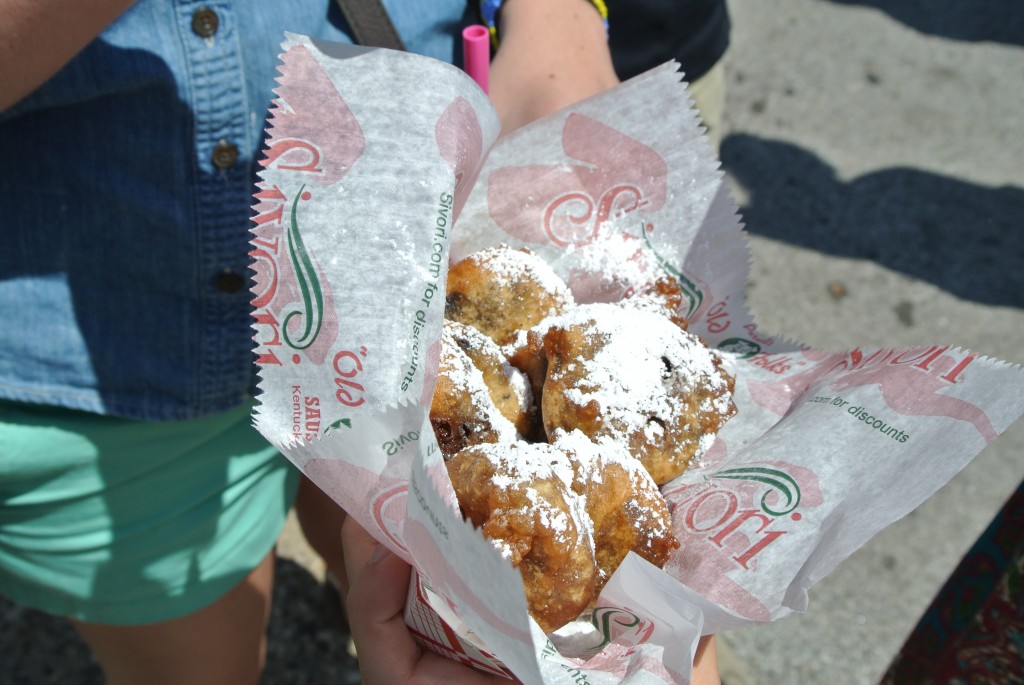 My 16 yr old insisted however on the deep fried girl scout cookies.  Verdict- not too good.  We decided if you want fried food at the fair to stick with the staples, funnel cakes and corn dogs. 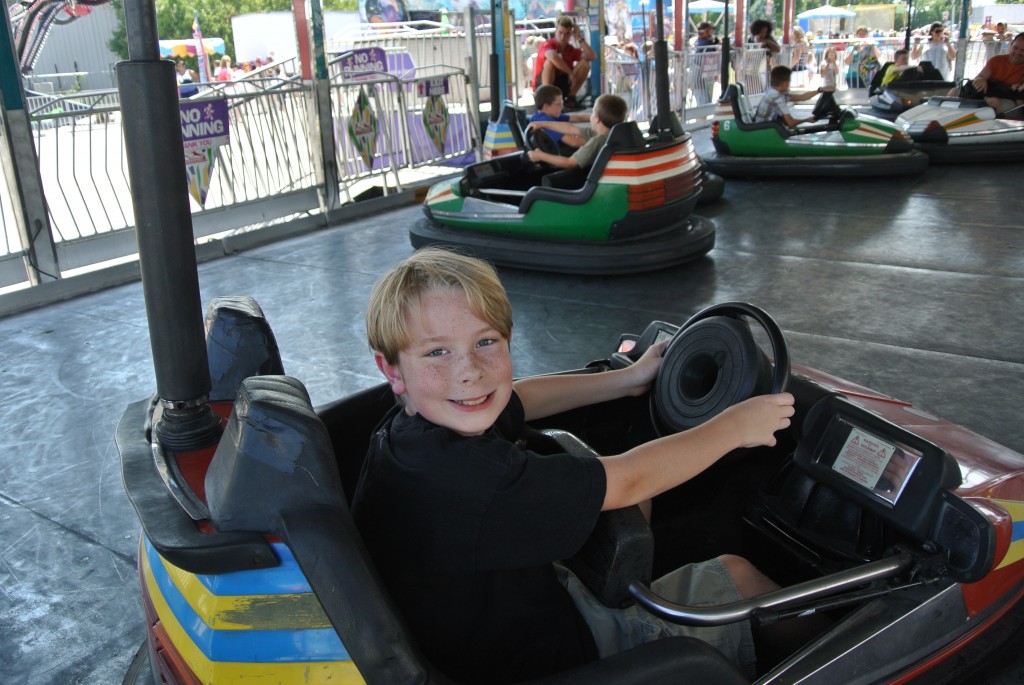 Next the kids tried out some rides- 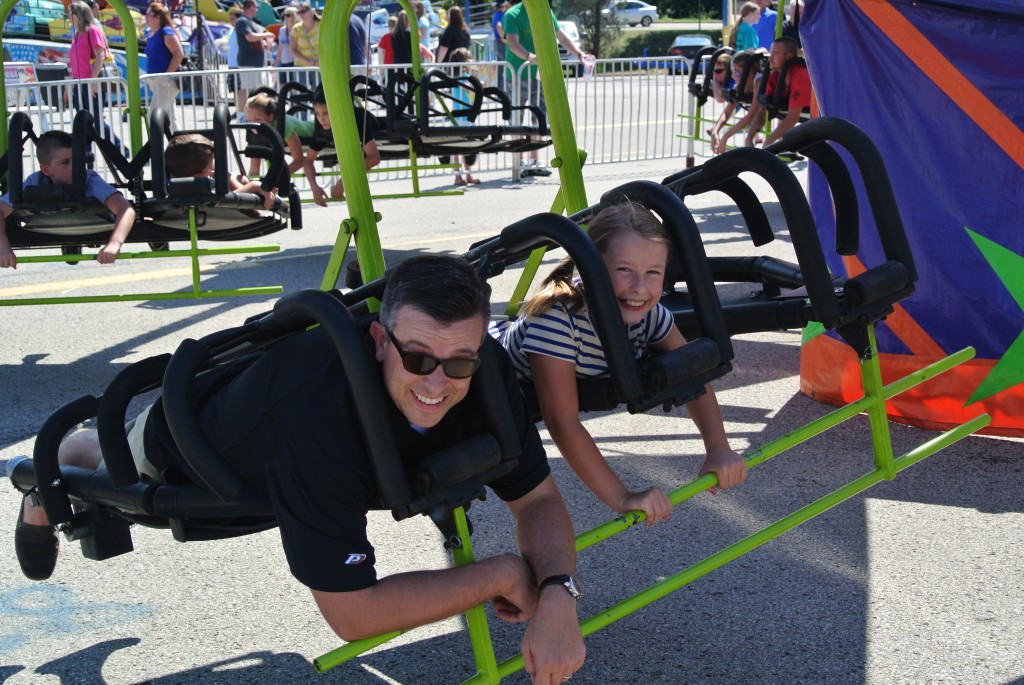 We even had a Modern Family “moment” after this big kid realized he can’t take the rides like he used to anymore… he got sick and it was time to go home. (I’m sure it had nothing to do with the fried girl scout cookies *wink*)… 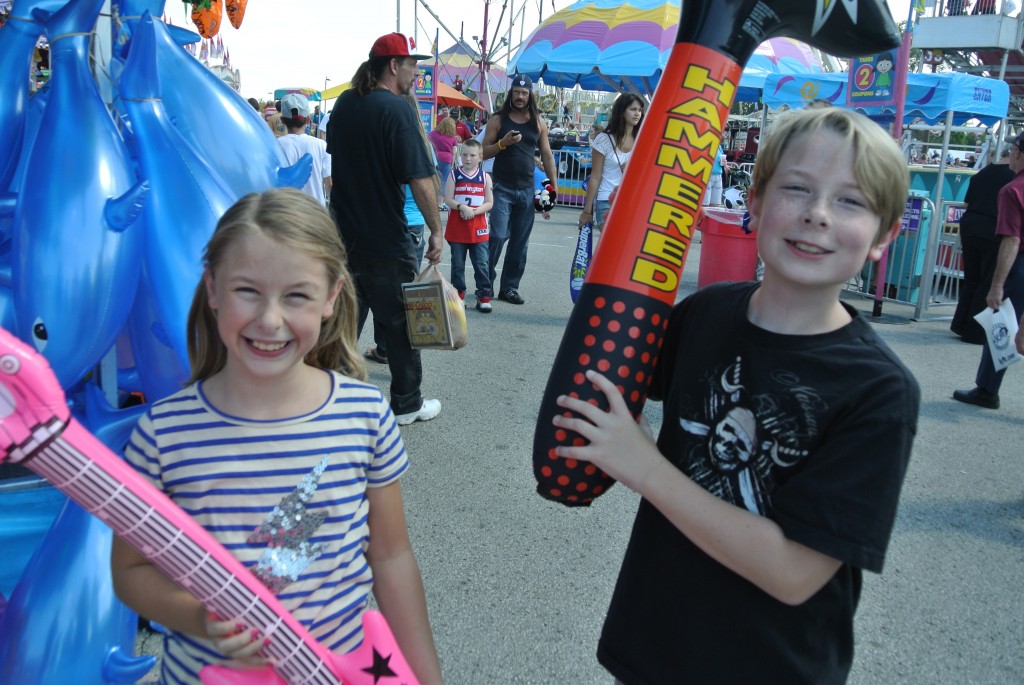 Verdict: We’ll be back next year- just skipping the rides that go in circles next time.