One year for her 11th birthday, my daughter requested a “un” slumber party.  All of the fun of a sleepover party without the sleepover! She sat down and made a list of what she wanted to do for her party and we pretty much stuck to it. 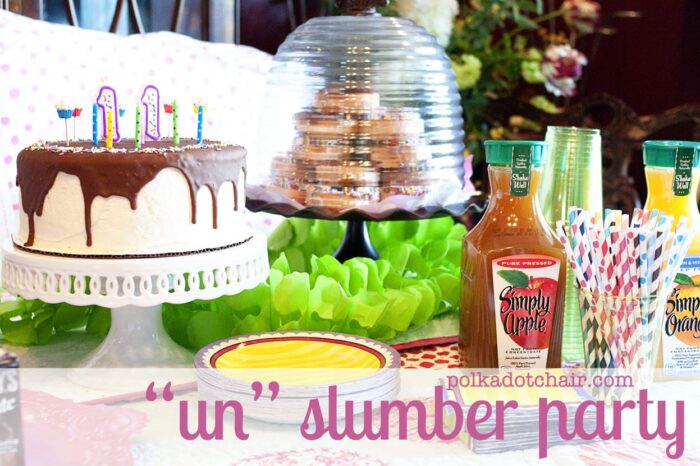 I’ve always had mixed feelings about sleepover parties.  I don’t want to get into that debate here.  One year I just didn’t feel like a slumber birthday party was the right idea for my daughter so instead, we planned an “un-slumber party”. 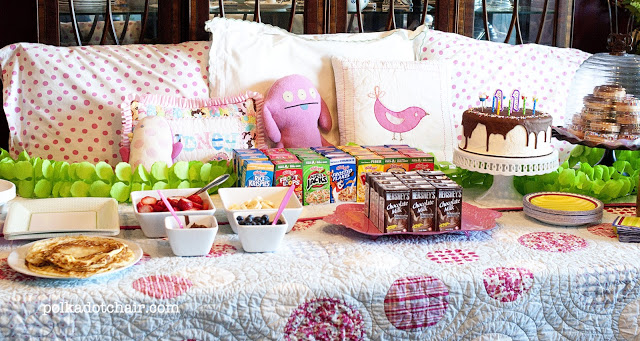 We did all of the fun things that you’d normally do at a sleepover party, but saved ourselves the grumpy kids and a late night of an actual slumber party!

I found some cute pre-made party digital files online and made some cute invites. I just printed them out on photo paper, they ended up costing less than 25 cents each. 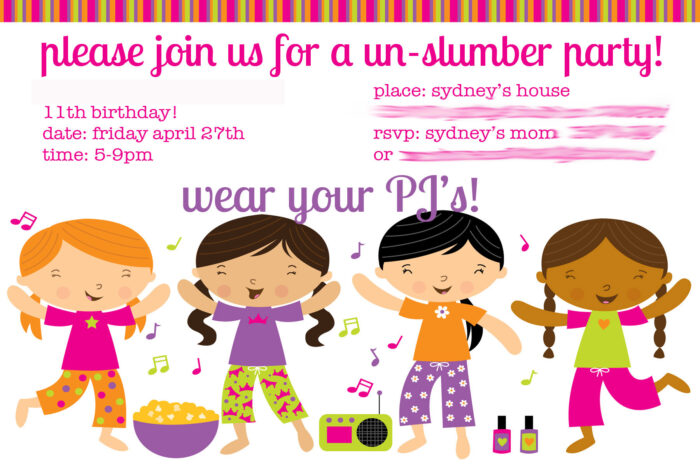 The invites were created with a digital kit from MYGRAFICO. 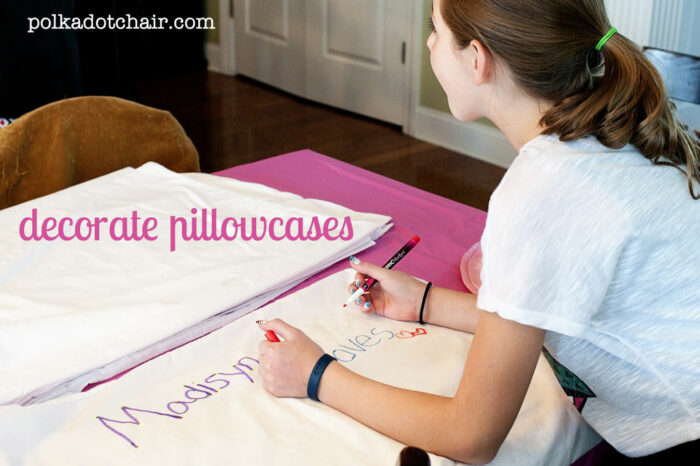 As the guests arrived we had them decorate pillowcases.  We just used cheap Walmart white pillowcases and fabric markers.  While they watched the movie I threw them in the dryer to set the ink. 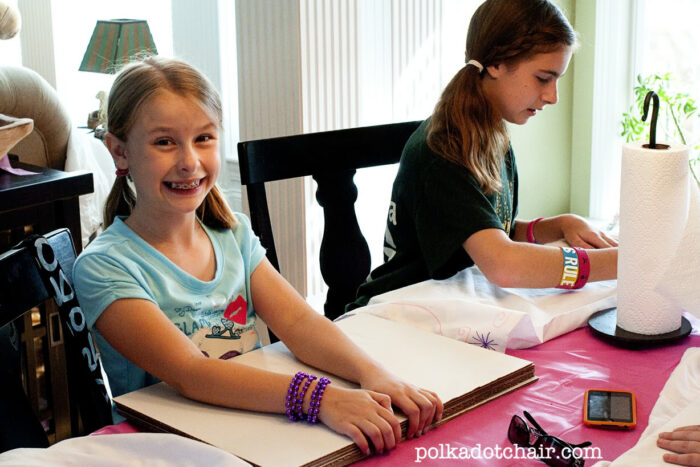 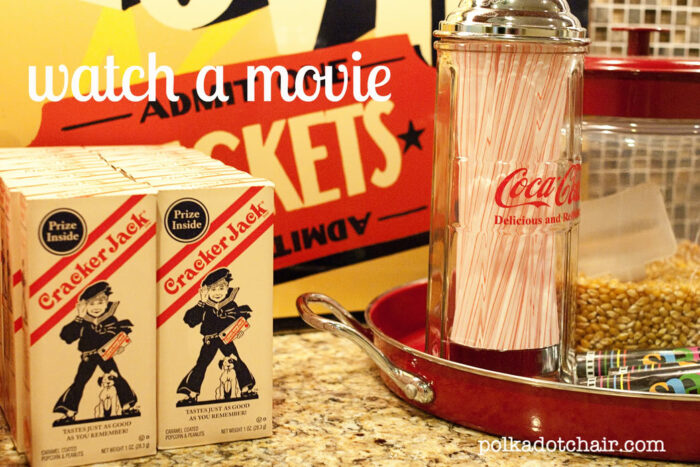 I picked out a selection of my daughter’s favorite movies. They watched one movie and had special movie snacks. 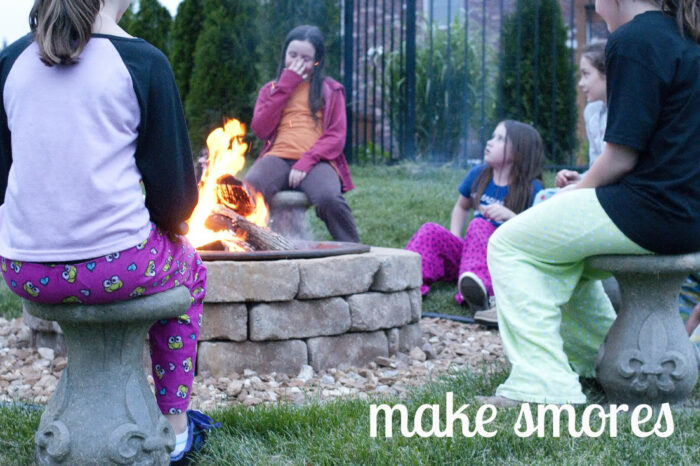 Since the weather has been so nice lately, we decided to have s’mores. We have a fire pit in our back yard and thought it would be a fun way to end the party. 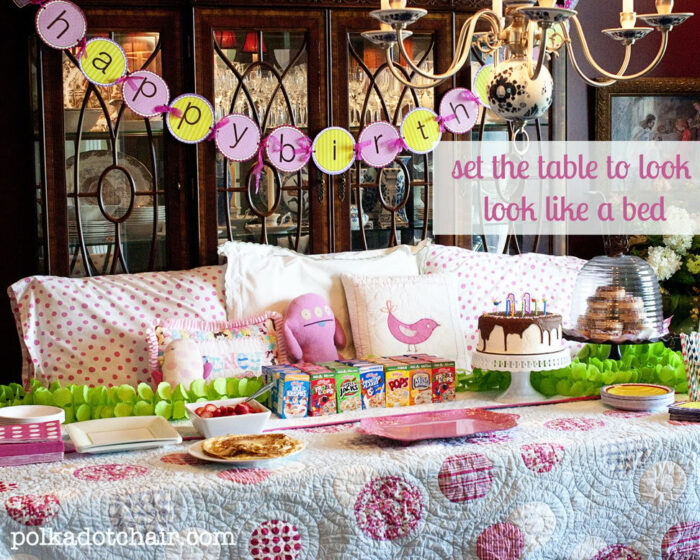 I used a quilt and some bedding and set the table in the dining room to look like a bed.
The treat bags were simple.  Just a cute paper bag filled with some trinkets that 11-year-olds would like. 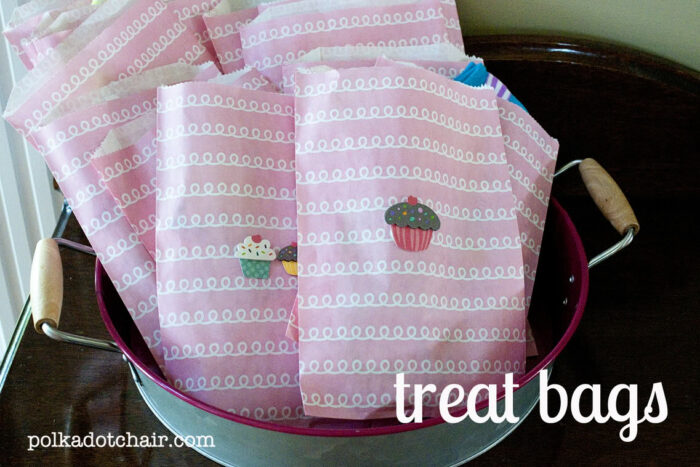 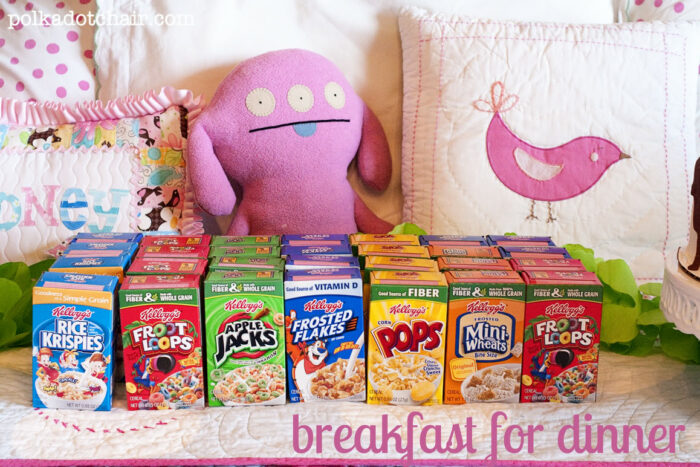 Then they had breakfast for dinner… I only had to cook the crepes… the rest was cereal, donuts, and chocolate milk.
Other food: 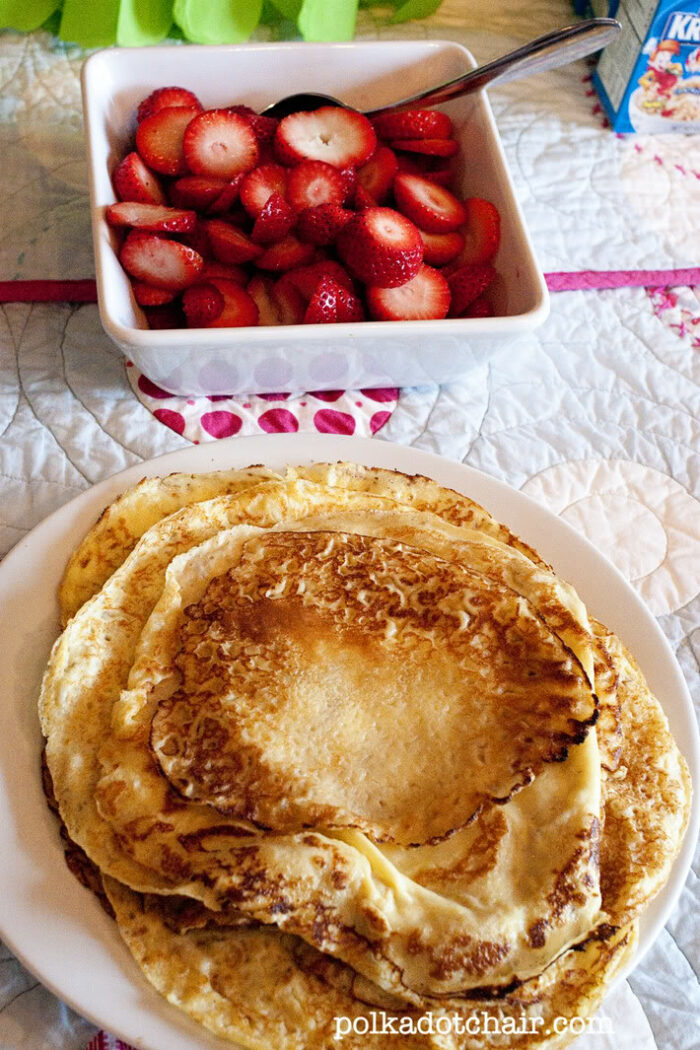 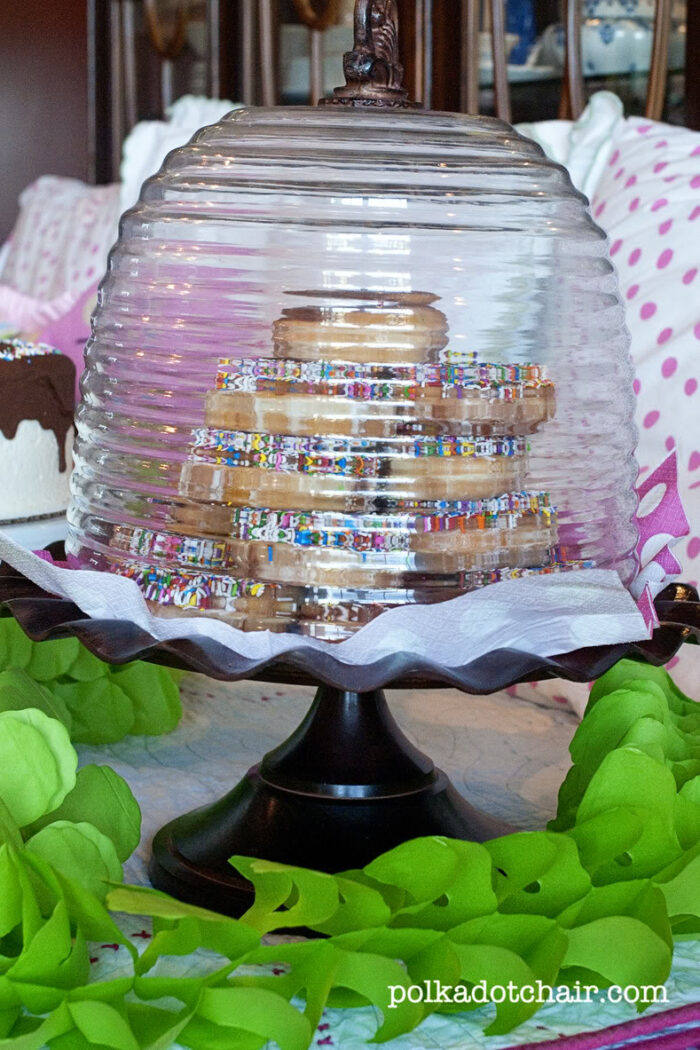